HomeAuto2022 Toyota Glanza CNG: All you need to know about!

2022 Toyota Glanza CNG: All you need to know about!

Now Toyota is also going to be a part of it by installing CNG in its premium segment car. Recent leaked news indicates so. 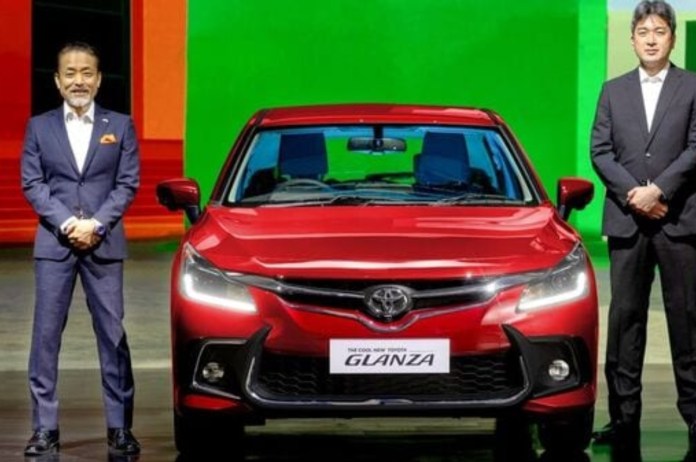 New Delhi: Now people are giving a lot of attention to CNG cars along with petrol diesel cars. Therefore, there is a huge demand for CNG cars in the automobile market. Maruti and Hyundai are now being given equal competition in the CNG segment. Some time back, Tata has also entered the CNG model of Tiago and Tigor in the market. Now Toyota is also going to be a part of it by installing CNG in its premium segment car. Recent leaked news indicates so.

Toyota has launched its new car Toyota Glanza facelift in March 2022. Now Toyota is preparing to launch the CNG variant of this car soon. As soon as the CNG model is launched in the market, Toyota Glanza will become the first company fitted cng car in the list of premium hatchback cars in its segment. This model of Toyota is of Maruti Suzuki Baleno, which Toyota has prepared from Maruti.

According to reports, the company is using a 1.2-litre K-Series DualJet petrol engine in this car, which has been given start/stop technology. In petrol mode, its engine will generate maximum power of 88.5 bhp as well as on CNG mode this engine will generate maximum power of 76.4 bhp. Also, it is expected to be mated to a 5-speed manual gearbox. This CNG car can give mileage of up to 25 km/kg. Since being a CNG car, it will have a CNG tank in its trunk, due to which the luggage space in it may be negligible.

It is expected that this car can be offered in a total of three variants. Its price may be slightly higher than the current model. The price of this car (Toyota Glanza) currently available in the market ranges from Rs 6.59 lakh to Rs 9.99 lakh. This car will mainly compete with cars like Maruti Baleno, Tata Altroz ​​and Hyundai i20.