Prince Charles will be formally proclaimed king on Saturday. The 73-year-old will be the oldest person to ever assume the British throne. 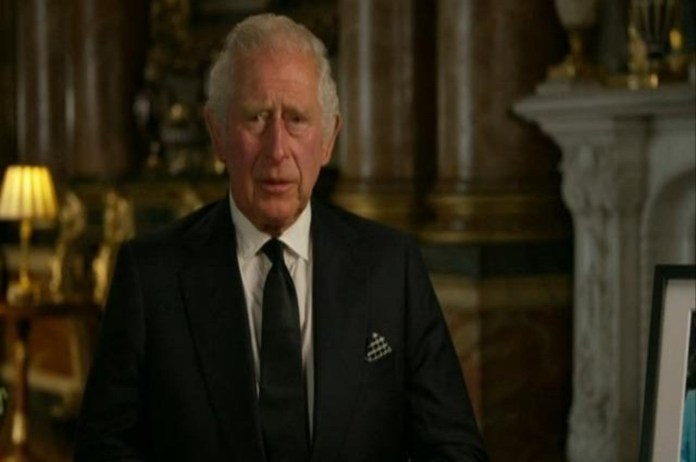 London: ‘I speak to you today with feelings of profound sorrow,’ United Kingdom King Charles III said, on Friday, in his first address after the death of his mother and Britain’s longest-reigning monarch Queen Elizabeth II , who died on Thursday.

“Throughout her life Her Majesty the Queen, my beloved mother, was an inspiration and example to me and to all my family.”

“And we owe her the most heartfelt debt any family could owe to their mother for her love, affection, guidance, understanding and example,” he added.

“Alongside the personal grief that all my family are feeling, we also share with so many of you in the United Kingdom, and all the countries where the Queen was head of state – in the commonwealth and across the world. A deep sense of gratitude for the more than 70 years in which my mother, as Queen, served the people of so many nations,” he added.

King Charles III said that the Queen made sacrifices and her dedication remained strong “through times of change and progress, but times of joy and celebration, and through times of sadness and loss.”

King Charles III ended his address by saying, “And to my darling Mama, as you begin your last great journey to join my dear late Papa, I want simply to say this: thank you. Thank you for your love and devotion to our family and to the family of nations you have served so diligently all these years.”

“May ‘flights of Angels sing thee to thy rest’”

Prince Charles to be crowned on Saturday

Prince Charles will be formally proclaimed king on Saturday. The 73-year-old will be the oldest person to ever assume the British throne. He became King Charles III on Thursday following the death of his mother, Queen Elizabeth II.