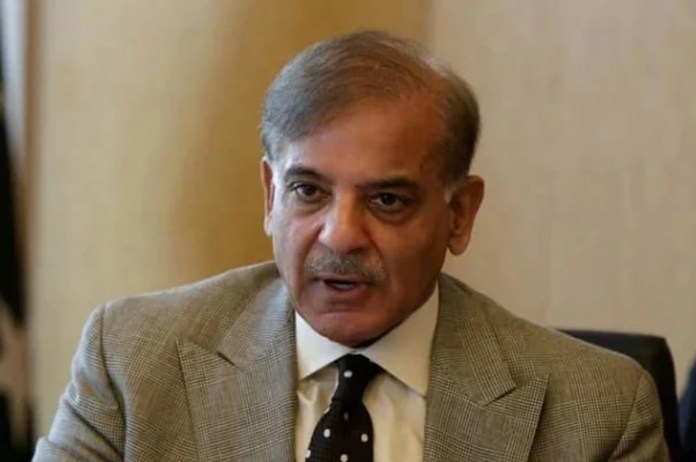 New Delhi: Pakistan Prime Minister Shehbaz Sharif stated that Pakistan wishes to have “permanent peace” with India through discussion because neither country can resolve the Kashmir issue through violence.

Speaking to a group of Harvard University students, Sharif added that the resolution of the Kashmir dispute in accordance with UN resolutions was necessary for the area to experience lasting peace.

He stated during the conversation on Friday night that Pakistan is determined to keep the peace in the area and that a lasting peace in the area was dependent on the Kashmir dispute being resolved in accordance with UN resolutions.

He was reported in the report as stating, “War is not an option for either of our countries; we seek permanent peace with India through negotiation.” Kashmir and the cross-border terrorism that comes from Pakistan have frequently strained relations between India and Pakistan.

However, relations between the two nations deteriorated after India repealed Article 370 of the Constitution on August 5, 2019, revoked Jammu and Kashmir’s special status, and divided the state into two Union Territories. Pakistan responded strongly to India’s move by downgrading diplomatic ties and expelling the Indian envoy.

Jammu & Kashmir was, is, and will always be a part of India, the latter has frequently told the former. India has stated that it wants peaceful, cordial relations with Pakistan that are free from antagonism, terrorism, and violence.

During the conversation, Sharif emphasised the need for competition between Islamabad and New Delhi in commerce, the economy, and improving the lives of their citizens. He claimed that although Pakistan’s nuclear weapons and well-trained army are a deterrent, Islamabad invests in its military to safeguard its borders rather than for armed conflict.

In response to a query regarding Pakistan’s economy and the International Monetary Fund (IMF) programme, the premier stated that structural issues and political unrest in recent decades are to blame for the nation’s economic catastrophe. He claimed that during the first few decades after Pakistan’s founding, all economic sectors experienced tremendous growth when there were goals, a strong national will, and systems in place to make them happen.

We eventually lost the upper hand in industries where we had an advantage. According to Sharif, the decrease in national output was caused by a lack of direction, vigour, and political activity. Cash-starved With increasing inflation, declining foreign exchange reserves, a widening current account deficit, and a sinking currency, Pakistan is experiencing growing economic difficulties.

Pakistan needed financial assistance in the amount of USD 9 to 12 billion till June 2022 to prevent further depletion of foreign exchange reserves due to the expanding current account deficit, which reached USD 13.2 billion in the first nine months, and urgent external loan repayment commitments.

On August 14, Pakistan celebrated its 75th birthday. On same day, Sharif published an essay in The Economist magazine in which he argued that Pakistan was at its most hopeful and promising during the 1960s, when it had a rendezvous with destiny.

The country, he claimed, was widely believed to be prepared to “become the next Asian tiger.” However, Pakistan was engulfed in its most recent economic crisis in 2022. On August 29, the executive board of the International Monetary Fund will convene and is anticipated to approve a rescue package for Pakistan, including the upcoming disbursement of approximately USD 1.18 billion.