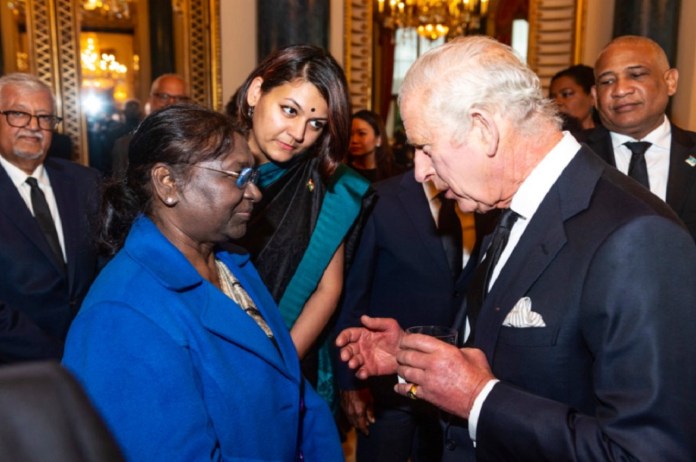 London: President Droupadi Murmu met King Charles III at a reception held at Buckingham Palace on Sunday ahead of Queen Elizabeth II’s state funeral to be held today at Westminster Abbey in London.

President Droupadi Murmu signed the Condolence Book in the memory of Her Majesty the Queen Elizabeth II at Lancaster House, London. pic.twitter.com/19udV2yt0z

The President, on her own behalf and on behalf of the people of India, yesterday paid tribute to Queen Elizabeth II at Westminster Hall in London where the queen’s coffin is lying-in-State.

The former head of state of the UK and Head of the Commonwealth of Nations passed away on 8th September at the age of 96.

Queen Elizabeth II will be cremated later today at Westminster Abbey. Many world leaders and members of European royal families are arriving in Britain to attend the state funeral of the Queen.