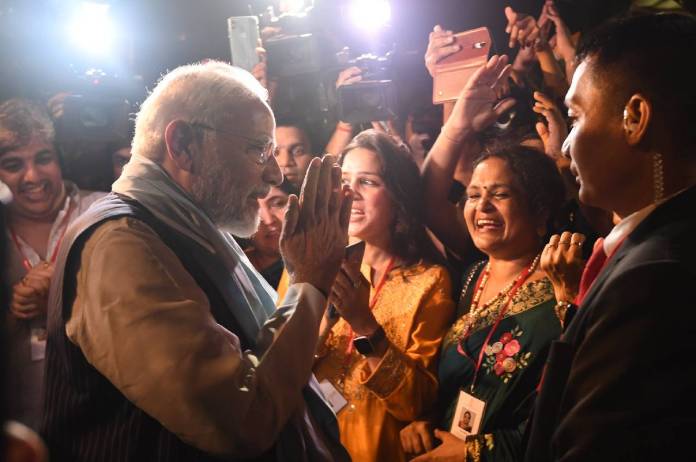 Bali (Indonesia): Prime Minister Narendra Modi will participate in the G20 working session on “Health” on Tuesday at Bali in Indonesia following an event where he will address the Indian community.

The Ministry of External Affairs informed, “PM has also met in his intervention in the session. He will now go for the leader’s lunch, a little later. Later in the afternoon, we have session 2, which is on health.”

“Thereafter, he will address the Indian community. And then on a welcoming dinner in the evening,” MEA Spokesperson Arindam Bagchi added.

The Prime Minister will have another session tomorrow, which is on digital transformation and later on, along with the other leaders, PM Modi will visit Mangroove forest.

Bagchi said PM Modi met several global leaders today and he will have a numbe rof bilateral talks with others.

Earlier, today, PM Modi addressed the G20 working session on Food and Energy Security session. During the session, he reiterated India’s long-standing position in favour of dialogue and diplomacy in Ukraine and said “‘We have to find a way to return to the path of the ceasefire” in Kyiv.

“I have repeatedly said that we have to find a way to return to the path of ceasefire and diplomacy in Ukraine,” he added.

PM Modi, who arrived in Bali on Monday, said, “Over the past century, the Second World War wreaked havoc in the world. After that, the leaders of that time made a serious effort to take the path of peace. Now it’s our turn. The onus of creating a new world order for the post-Covid period lies on our shoulders. The need of the hour is to show concrete and collective resolve to ensure peace, harmony and security in the world.”

Referring to India as the “holy land of Buddha and Gandhi” PM Modi said that he is confident that the next year when G20 meets they will all agree to convey a strong message of peace to the world.

The annual G20 Summit has started in Bali today. For the next two days here, the global leaders will have discussions on two key issues before the world right now. First is the challenges caused by the Covid19 pandemic and second is the war between Ukraine and Russia.