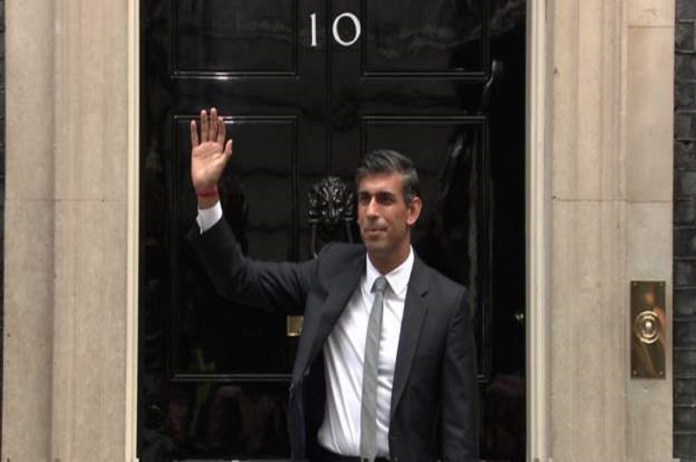 Rishi Sunak UK PM: Rishi Sunak, the first Indian-origin leader to rise to the post of a UK Prime Minister, has take charge officially today after meeting King Charles, as per protocol.

The new prime minister said he understands he has work to do to restore trust after all that has happened.

“I’m not daunted,” Sunak says, adding that he knows of the pressure of the high office and hopes he can live up to its demands.

4:30 pm – In his first speech as the UK PM outside 10, Downing Street, Sunaksaid he has been chosen as leader of the Conservative Party and prime minister to fix some of the mistakes made by his predecessor.

“That work begins immediately,” he says.

“I will bring the same compasssion to the challenges we face today,” he says, adding that he will not leave the next generation with a “debt to settle that we were too weak to pay ourselves”, reports BBC.

“I will unite our country not with words but with action,” says Sunak.

“I will work day in and day out to deliver for you.”

There he will take up residence at No 10, and will immediately begin work on forming a new cabinet.

4:01 pm – Rishi Sunak is now the UK’s 57th prime minister after being invited to form a government by King Charles.

He is the third prime minister this year and will enter Downing Street as the youngest PM in two centuries.

3:57 pm – A different lectern has been placed outside Downing Street ahead of a speech from the new Prime Minister Rishi Sunak, BBC reported.

The Telegraph is reporting that Sunak will not have “his own personalised lectern” in a break with Tory tradition and this one is instead one that was already at Downing Street.

He’ll speak to the nation shortly for the first time since officially becoming PM.

The meeting will take place in the palace’s 1844 room, where the King will invite Sunak to form a government.