Bhojpuri actress Rani Chatterjee shares post for her fans on social media. The video is very special for Rani. 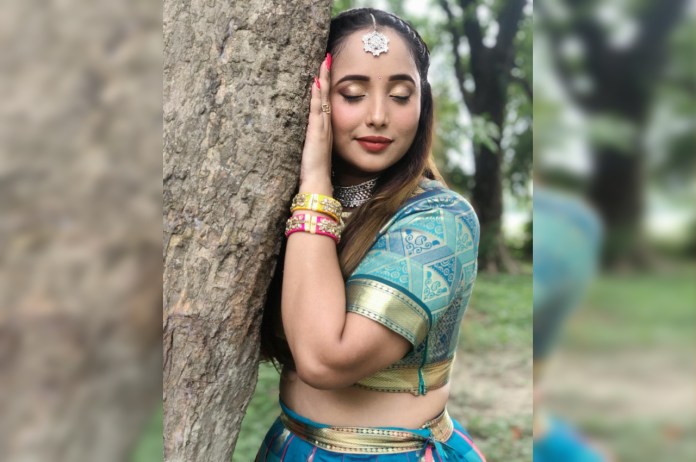 Bhojpuri Video: Rani Chatterjee is a Queen of the Bhojpuri film industry and her name comes on the list of the top actress. Rani Chatterjee has been working in the Bhojpuri cinema industry for many years. With her beauty and strong acting, she has achieved career heights. The actress has a tremendous fan following on social media.

Recently she has shared a video in which she is rocking the internet world. In the latest video, Rani Chatterjee is seen in a blue colour lehenga. Rani is looking very beautiful in the desi avatar. In the video clip, Rani can be seen giving tremendous expressions on the songs of the 90s.

Along with this video of Rani, the caption of the actress has caught everyone’s attention. Rani has written, ‘Love is in the air #specialperson #love.’ After this post, fans are speculating who is the special one in her life to which the actress refers. This video of Rani is covered on the internet world.

Rani has shown acting skills in about 200 films. On the work front, she will soon be seen in many films. She has many films like ‘Bhabhi Maa’, ‘Babul Ki Galiyan’, ‘Chhotki Thakurin’, ‘Kasam Durga Ki’, ‘Teri Mehrabaniyan’ and ‘Hera Pheri’ to her credit.