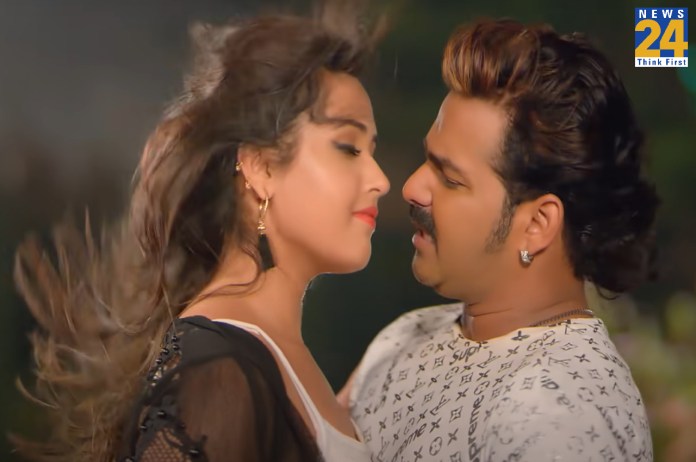 Bhojpuri Song: Nowadays, the songs of famous Bhojpuri actor Pawan Singh are creating a ruckus on YouTube. Recently one of his old songs is trending a lot on social media. The title of this song is ‘Aara ke Hothlali Lagawalu’, which is featuring Pawan Singh and Kajal Raghwani. The audience is watching the song again and again.

This song is from the movie ‘Maine unko Sajan Chun Liya’. In the video, Kajal is throwing lightning in a black short dress and Pawan Singh is ready to die on her style. This song is sung by Pawan Singh, while the lyrics of the song are written by Zahid Akhtar. The music of this song has been given by Chhote Baba. So far 42,675,637 views have been received on this song. This song has been released on YouTube by a channel named DRJ Records Bhojpuri.