The incident reportedly took place on Sunday, when the injured identified as, Ch Akshay Raj, was shooting a video for his Instagram reel with his friends. 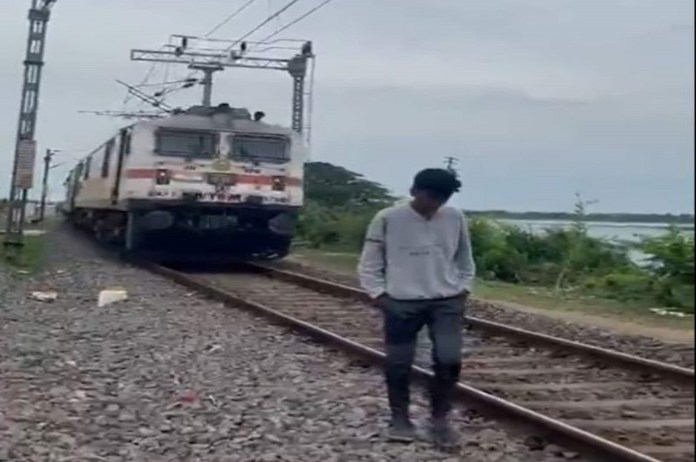 Hyderabad: A teenage boy suffered critical injuries after being hit by a train while making an Instagram reel close to railway track in Kazipet in Hanumakonda district of Telangana.

The incident reportedly took place on Sunday, when the injured identified as, Ch Akshay Raj, was shooting a video for his Instagram reel with his friends.

In the video, the 17-year-old can be seen walking very close to the railway track with a train coming from behind. In a matter of seconds the boy gets hit by the fast moving train tossing him into the air. His friend who was recording the video can be heard rushing to him for rescue and to check on him.

Warning: User discretion is advised for the following video:

Akshay was immediately shifted to the nearest government hospital for treatment.