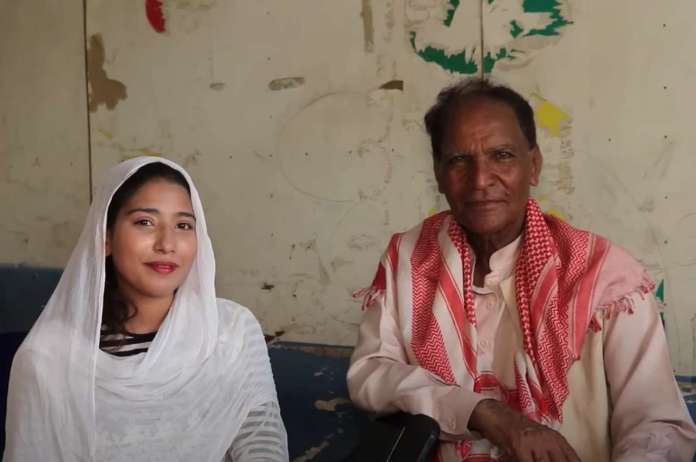 A 19-year-old girl out for a morning walk collided with a 70-year-old man, then, both of them had a conversation before giving heart to each other. The couple’s love story has gone viral. Liaquat and Shamaila are both from Lahore.

Both are candid about their love story

‘One time she (Shamaila) was going, so I started humming the song from behind,’ Liaquat recalled of their first meeting. ‘She returned my gaze. So, what was it? We fell madly in love.’

When asked about the age difference, Shamaila replied, ‘Look… age is not seen in love, only love happens. It doesn’t matter what age or caste you are; it’s just love.’

The couple revealed that they married earlier this year.

Shamaila claimed that her family members were initially opposed to the relationship, but they were eventually persuaded.

When asked if an age difference couple should marry, Liaquat said, ‘Yes, it should be done.’ At the same time, Shamaila stated that everyone has the right to live their lives as they see fit.

According to Liaquat, there is no age limit to being romantic. Every era has its own romance. Liaquat stated that he has had a good life. Shamaila is very pleased with Liaquat.

The couple performed a song for each other