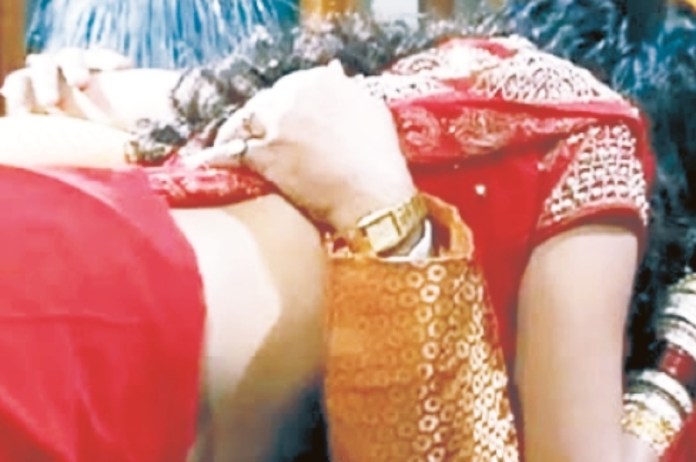 New Delhi: A shocking case has come to light from China. This might be one of the extreme example of breaching faith. Just the night before her marriage, a girl had made  relationship with her lover in bridal clothes and then married another man the next day. After some time of marriage, everyone came to know about this act of the bride.

There was a lot of criticism of the bride on social media, after which the bride is now staying underground. On the other hand, the girl’s husband has lodged a police complaint against the girl regarding the matter.

The matter is from China. Everyone came to know about this act of the girl when her chat with her boyfriend went viral on Chinese social media. The girl’s boyfriend is active on social media under the name Xiaobailong. According to local media, it was Xiaobailong who made his chat with the girl public. He did this act for ‘show off’.

The husband came to know about this act of the girl. The man said that he has lodged a report with the police in this regard for ‘protection of rights’ and has also filed for divorce.

This is what happened

Then no one was aware of this act of the girl and the marriage took place as per the plan. Later the girl’s husband came to know about this incident. The husband said that according to Chinese tradition, he had given gifts worth about Rs 23 lakh to the bride as an engagement gift. Now he wants everything back.

As soon as the anger of the people on the social media and in the girl’s city started increasing regarding this matter, the girl left the city. At the same time, the girl’s husband said that this incident had a very bad effect on her health. He even had to go to the hospital and get treated. It has been told in the report that due to the insult, his mother also fell ill and she too had to be admitted to the hospital.