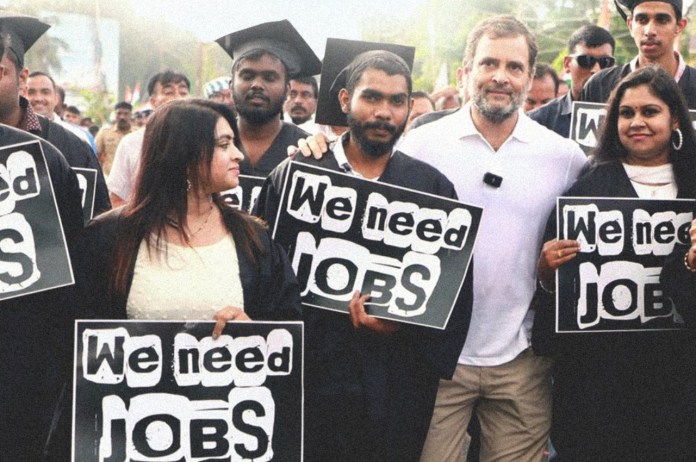 New Delhi: In a veiled attack on Prime Minister Narendra Modi, Rahul Gandhi took to Twitter to raise the issue of unemployment in the country. Rahul Gandhi, posing for the camera with graduates holding placards which read as “we need jobs”, asked Prime Minister “cheetahs have arrived in India, why didn’t 6 crore jobs come in last 8 years”?

He further added “the youth of this country is asking for jobs and they will surely get them”. Today is Prime Minister Narendra Modi’s birthday. Interestingly, Congress party is observing unemployment day in the entire country.

PM Modi turned 72, and he received congratulations from dignitaries and lawmakers.

IYC national president Srinivas B.V. remarked in a speech to party members that the BJP government has given the nation’s young the “gift of unemployment” since taking office.

The IYC urged the Prime Minister to pay attention to the unemployed youth and provide them jobs.