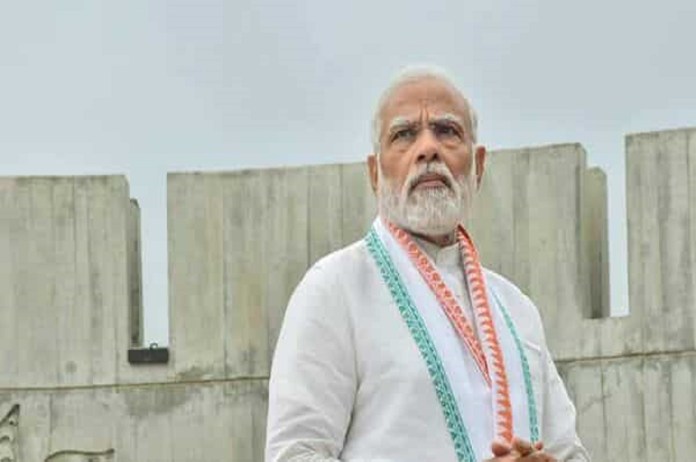 Addressing the gathering, the Prime Minister said that today we have taken a big step in the direction of making India the manufacturing hub of the world. He said India is making fighter jets, tanks, submarines, medicines, vaccines, electronic gadgets, mobile phones and cars that are popular in many countries.

The Prime Minister remarked that India is moving forward with the mantra of ‘Make in India, Make for the World’ and now it is becoming a huge manufacturer of transport aircraft. PM Modi stated that he can foresee that India will soon be manufacturing big passenger aircraft that will proudly bear the words ‘Made in India’.

This is the first time that such a huge investment is taking place in India’s defense aerospace sector. Transport aircraft to be built in Vadodara will not only give strength to our army, it will also develop a new ecosystem for aircraft manufacturing.

Apart from making 40 aircraft, this facility at Vadodara would be manufacturing additional aircraft for Air Force requirements and exports, as per Defence Secretary Aramane Giridhar.

With the launch of the C295 aircraft manufacturing facility, India will enter an illustrious league of about only a dozen nations with the capacity to manufacture military transport aircraft. -Currently, the US, Japan, UK, Russia, France, Italy, Spain, Ukraine, Brazil, China, and Japan has that capacity, reports news agency ANI.

40 C-295 aircrafts to be manufactured at Vadodara facility

Tata-Airbus combine had said that C-295 manufacturing is “the first Make in India aerospace programme in the private sector involving the full development of a complete industrial ecosystem; from manufacture to assembly, test and qualification, to delivery and maintenance of the complete lifecycle of the aircraft.”

Under the terms of the deal, 16 C-295 aircraft are scheduled to be delivered between September 2023 and August 2025 in flyaway condition, while the remaining 40 aircraft will be manufactured at the Vadodara facility.

More than 100 MSMEs associated with project

The Prime Minister expressed happiness about the fact that more than 100 MSMEs are also associated with the project. He said the promise of ‘Make in India, Make for the World’ will gain new push from this land as the project will be able to take orders for export to other countries in the future.

Highlighting the increased demand for passenger and cargo aircraft, PM Modi stated that India will need more than 2000 aircraft in the next 15 years.

Trying to bring change in the country’s logistics system

Prime Minister Modi said that through PM Gati Shakti National Master Plan and National Logistics Policy, we are trying to bring about a change in the country’s logistics system. Today’s India is working with a new mindset, a new work culture. We have abandoned the method of do-it-yourself decisions and have come up with various incentives for investors. We launched the Production Linked Incentive Scheme, which made the change visible.

PM Modi said that defense and aerospace sectors will be the two important pillars to make India self-reliant in the coming years. We have a target of over $25 billion in defense manufacturing by 2025. In addition, our defense exports will exceed $5 billion.