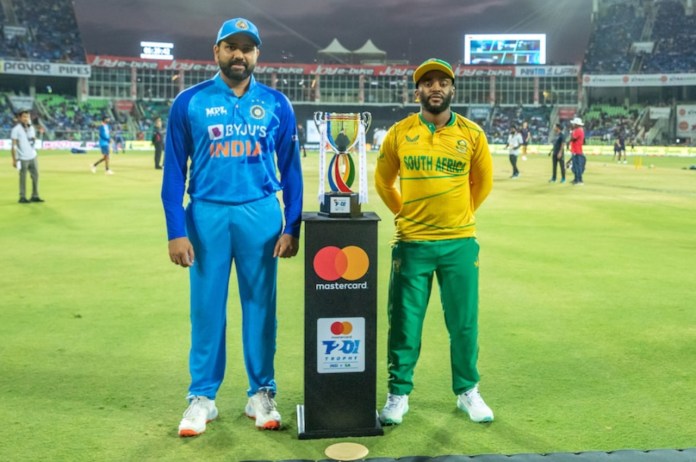 New Delhi: In the second T20 match of 3-match series of T20, India made 237 runs with loss of 3 wickets batting first. South Africa, which won the toss and invited India to bat first, now has to make 238 runs in 20 over to win this game.

Team India’s opener KL Rahul, who came out to bat after losing the toss, played a stormy innings of 57 runs in 28 balls. KL Rahul targeted every South African bowler. He hit 4 classic sixes, while 5 brilliant fours also came off his bat.

KL Rahul hit a flick six off Wayne Pernell on the first ball of the fourth over, which shocked the bowler. Rahul hits this six often. The beauty with which Rahul hits such a six, no other batsman can hit.

Apart from KL Rahul, opener Rohit Sharma also played a tremendous innings of 43 runs. He hit 1 six and hit 7 fours. Both these batsmen were dismissed by Keshav Maharaj.