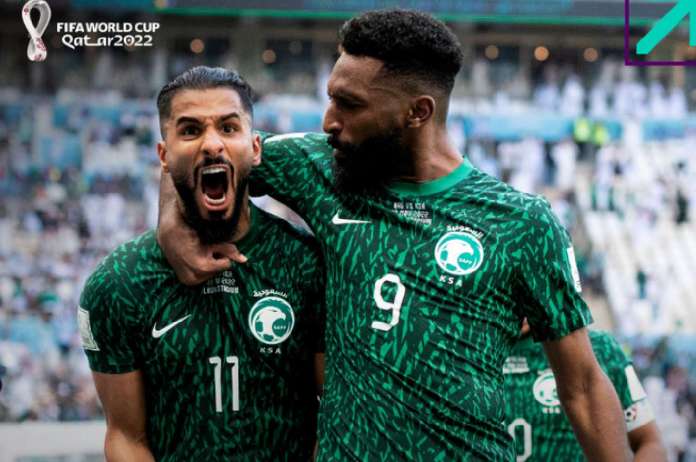 Argentina vs Saudi Arabia: On the third day of the FIFA World Cup, Saudi Arabia upset Argentina 2-1. Argentina took the lead in the 10th minute thanks to star player Lionel Messi. Against Saudi Arabia, he converted a penalty. Argentina now leads the match 1-0 thanks to this goal. Lautaro Martinez seemed to have scored the second goal for Argentina, but it was disallowed by the referee.

After halftime, Saudi Arabia increased its attack on Argentina, scoring the game’s first goal in the 48th minute. Saudi Arabia’s goal was scored by Saleh Alshehri. Following this, Saudi Arabia scored its second goal in the 53rd minute to take a 2-1 lead in the match.

The Argentine players tried everything they could to cut the lead, but Saudi Arabia’s strong defence held them back, and in the end, Saudi Arabia won.

Argentina’s World Cup-contending team struggled to find its rhythm in this match against Saudi Arabia. Argentina’s star Lionel Messi scored in the 10th minute to give his team an early lead that lasted until halftime. continued. During this time, Martinez scored a goal to put pressure on the opposing Saudi Arabia, but the goal was overturned by the referee.

Argentina continued to try to score continuously after that, but it was unsuccessful. Its 36-match winning streak came to an end with this humiliating defeat to Saudi Arabia. During its unbeaten streak, Argentina won 25 matches, while 11 were drawn.