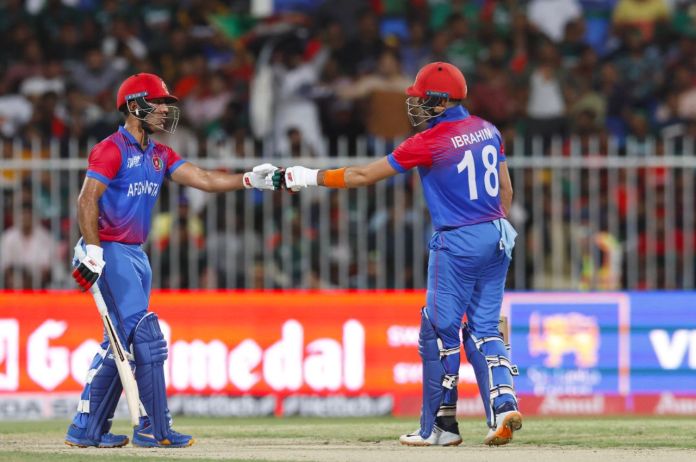 Sharjah: Afghanistan has won their second game of the tournament as they mark victory against Bangladesh on Tuesday.

Ibrahim Zadran and Najibullah Zadran played significant knock of 42 and 43 runs respectively to take their team towards the win.

earlier, Bangladesh had set 128 runs as the target for Afghanistan after losing 7 wickets. Shakib Al Hasan won the toss and opted to bat first in the third fixture of the tournament.

On the other hand, Mujeeb and Rashid Khan clinched three wickets each and restricted Bangladesh at 127 runs.