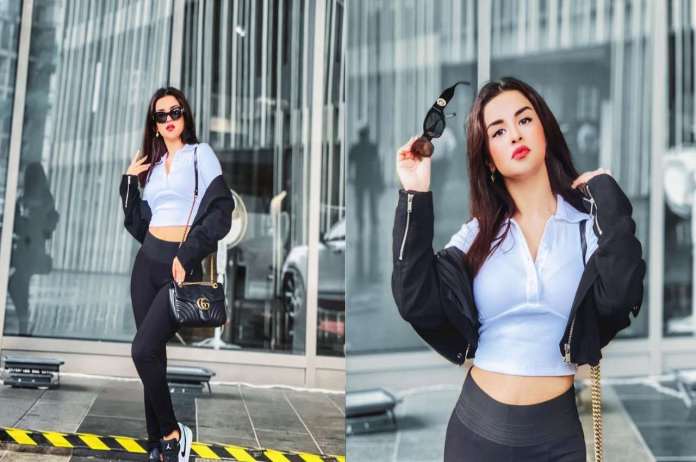 New Delhi: Avneet Kaur is one of the promising child artists of today’s time. The social media influencer and popular television actress Avneet Kaur has now shared a sheer series of pictures on her Instagram.

In the pictures, she donned a light blue short top with high waist pants. She matched it with a black jacket with black shades. She sported a pair of black and light blue sneakers. Avneet carried a classy Gucci side bag and looks stunning. She opted for a red lip shade and minimal makeup.

Fans appreciated her look with fire and heart emojis.

The dancer turned actress began her career with Zee Tv’s dance reality show Dance India Dance Li’l Masters. Kaur made her acting debut in 2012 with Life OK’s Meri Maa, where she played Jhilmil. Kaur participated in Colors TV’s celebrity dance reality show Jhalak Dikhhla Jaa where she was a contestant with Darsheel Safary. She was the youngest contestant to appear on this show.

Since 2019, she has appeared as lead in numerous music videos released on Youtube from various channels. Many of these songs have trended and crossed million views.

On the work front, Avneet recently wrapped up her upcoming movie Tiku Weds Sheru. She is going to feature alongside Nawazuddin Siddiqui. The film shall be bankrolled by Manikarnika Films.

However, talking of her film career, earlier, she has worked in the movie Mardaani alongside Rani Mukherji.