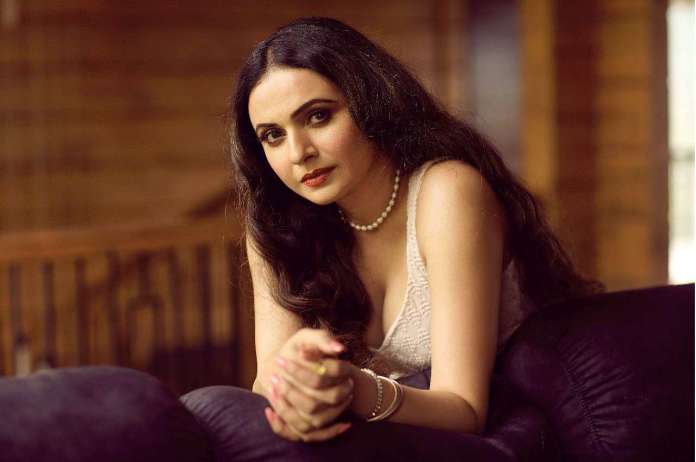 Having a strong vision to attain specific goals in life is one thing, but having the right positive mindset, courage, and grit to walk on unconventional roads and hustle each day to learn something new to eventually turn those visions into a reality is a different game altogether. A few are gems belong to the latter category as they surrender to their dreams and give it their all, no matter what.

It is essential for professionals across industries to develop this attitude and approach in life and show the confidence to take over their respective sectors in all their glory. Enlisting her name in this prestigious list of professionals is Mruga Umrania, who, as a model and actress, has come a long way in the industry.

While working her way to the top, be it as a model or as an actress for films like Manto and Liger, featuring Nawazuddin Siddiqui and Vijay Deverakonda respectively, she realized how her love and admiration for acting consistently grew over the years.

During the filming of these projects, she also learned how hungry she felt as an actor and artist to get the opportunity to do a variety of roles for a variety of films. She now wants to explore almost every genre in the movies to become a versatile artist and entertain audiences in every possible way.

Mruga Umrania, who so far has worked with big and small production houses, already has great experiences of being an actor, but she wants to now challenge herself by attempting to do different roles; however, she also states how being hungry to do more roles doesn’t mean being greedy.

There is a thin line between the two, she says and points out how being hungry to do more and different roles only means to challenge oneself as an actor and attain versatility, while being greedy is only wanting to do more and more roles with the aim to attain massive monetary gains.

The Biotechnologist, who supports vegetarianism and is a fitness lover as well, can’t wait to try her hands at doing different roles and see how far she reaches in the industry. Till then, follow her on Instagram @mrugaumrania.

Drinking too much water can cause these problems, Do Not Ignore!

Pizza Nuggets Recipe: Make this 2-in-1 dish with limited ingrediants

Are you South Indian food lover? Check out best 5 Dosa places in India