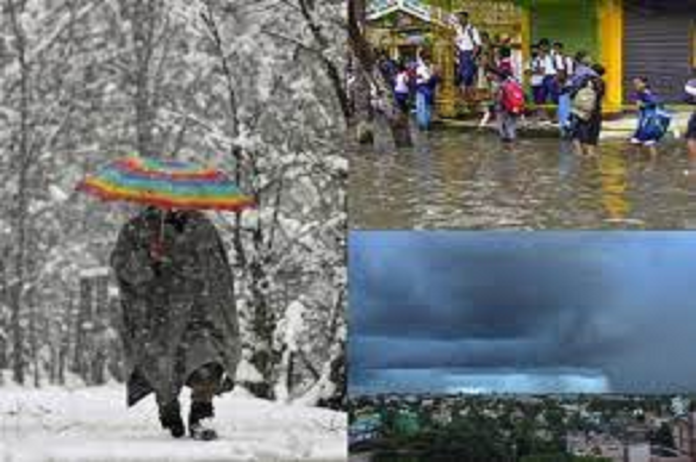 Weather update today: The cold is increasing in North and Central India due to snowfall and rain in the Himalayan areas. Besides these, the fog effect has begun to occur in many regions. At the same time, rain continues to fall in several parts of South India. Meanwhile, the Meteorological Department has forecast snowfall in hilly areas and rain in various parts of South India on Thursday. At the same time, the cold across the country’s plains is expected to worsen.

A new cyclonic circulation is expected to form over the North Andaman Sea in the next 36 hours, according to the Meteorological Department. This will cause the weather in the nearby area to alter. IMD also predicts that the minimum temperature in Odisha will drop by three to five degrees in the next five days.

Light to heavy rains are expected in Andhra Pradesh, Tamil Nadu, South Interior Karnataka, Rayalaseema, Lakshadweep, and the Andaman and Nicobar Islands, according to private weather forecasting organisation Skymet Weather. Temperatures may fall further at night and throughout the day over regions of Northwest, Central, and East India. The air quality index in Delhi and the NCR, on the other hand, will stay in the moderate range.