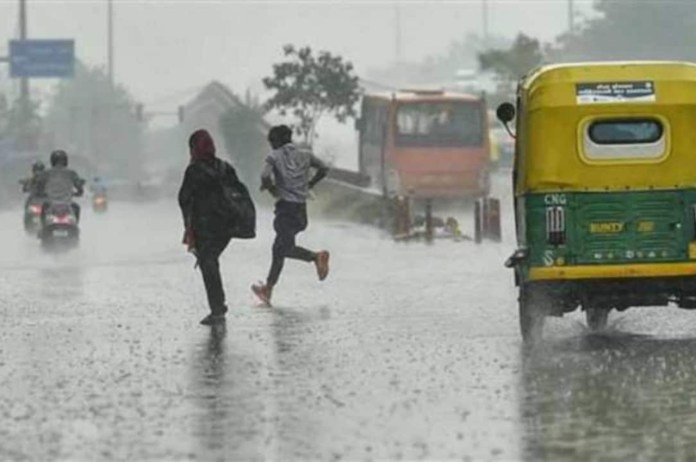 New Delhi: Monsoon activities have started decreasing in many areas of the country, while monsoon has bid farewell to many cities. The Southwest Monsoon has departed from the areas of Rajasthan and Kutch on Tuesday. However, there are some states of the country where the monsoon rains are still going on. The weather conditions are good in the capital of the country, Delhi. IMD has predicted rain for the next 5 days.

Delhi has been witnessing drizzle and light rain for the last few days. According to IMD, today (Wednesday), on September 21, the minimum temperature in the country’s capital Delhi can be 24 degrees Celsius and the maximum temperature can be 32 degrees Celsius. At the same time, light to moderate rain may occur in some areas amidst the movement of clouds.

How will the weather be in Uttar Pradesh?

According to the weather forecasting agency Skymet, during the next 24 hours, there is a possibility of light to moderate rain in Odisha, Chhattisgarh and Madhya Pradesh with heavy to very few places. Light to moderate rains with one or two heavy spells are possible over Assam, Meghalaya, Nagaland, Sub-Himalayan West Bengal, Vidarbha, East Uttar Pradesh, parts of Bihar and Jharkhand.

Let us tell you, due to incessant rains due to low pressure, normal life was affected in many parts of Odisha on Tuesday and the Meteorological Department has predicted more rain in the next 24 hours. The IMD said that the low pressure area is active over northwest Bay of Bengal and adjoining north Odisha-West Bengal coasts, extending up to 5.8 km with associated cyclonic circulation.