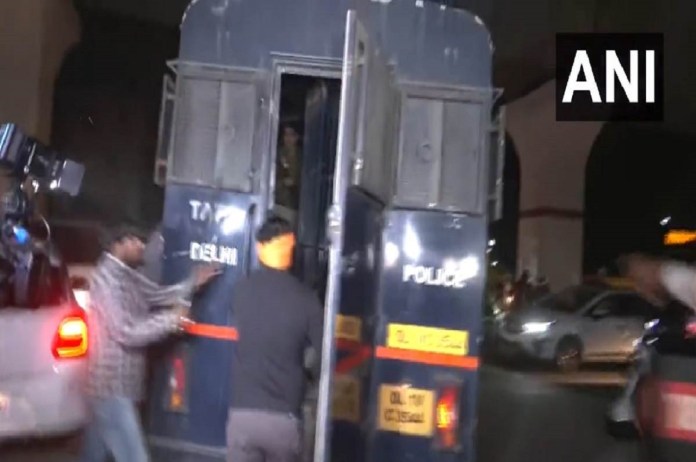 New Delhi: A police van carrying Aaftab Poonawala, an accused in the killing of Shradhha Walker, was attacked by at least two men on Monday evening in New Delhi’s Rohini.

The police van carrying Aftab was attacked by at least two men who were carrying swords and claimed to be from Hindu Sena.

The incident happened outside the Forensic Science Laboratory in Rohini, at least five police personnel were guarding Poonawala.

According to news agency ANI, police have detained the two men.

In the video, it can be seen that one of the men opens the police van gate, while another rushes towards it in an apparent order to kill the accused Aftab.

A policeman can also be seen with a revolver in his hand in order to ask the attackers to back off.

Today was the another round of polygraph test of Poonwala at the Forensic Science Laboratory (FSL) in Rohini in the national capital.