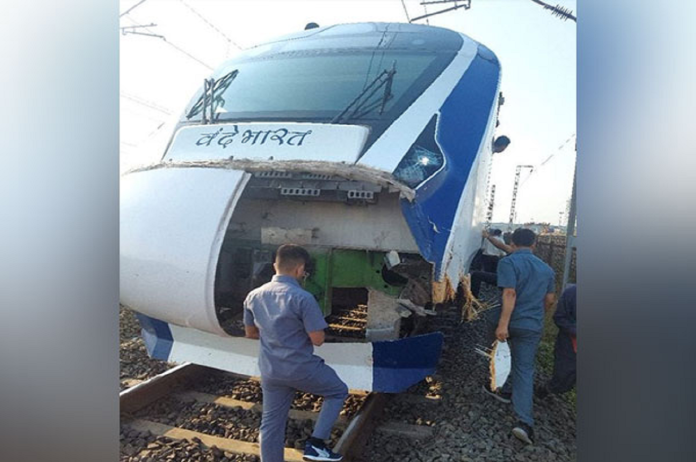 New Delhi: In a bid to stop cattle-hit incidents in trains, the railway ministry has given approval for a new design for the boundary wall.

Railway minister Ashwini Vaishnaw informed this on Wednesday and said that a new boundary wall will be installed in the next 5-6 months.

To stop cattle-hit incidents in trains, approval has been given to a new design for the boundary wall. This new boundary wall will be installed in the next 5-6 months: Railways minister Ashwini Vaishnaw pic.twitter.com/Oexz0tGv60

A cattle runover incident was reported on 29th October near Atul in Mumbai Central division. The train was on its journey from Mumbai Central to Gandhinagar.

The nose of the then newly-launched Mumbai Central-Gandhinagar Vande Bharat Express train had suffered damage after it hit a bull.

On October 6, four buffaloes were killed after being hit by this train on its way to Gandhinagar from Mumbai between Vatva and Maninagar railway stations in Gujarat.

In a similar incident that occurred the next day (October 7), the train had hit a cow near Anand in Gujarat while on its way to Mumbai.