Speculations of rift between Gandhi siblings comes to end, how? 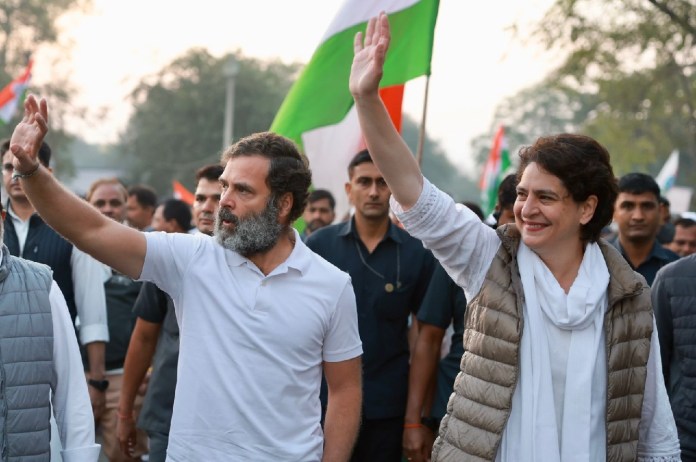 In the latest, Union Minister and Bharatiya Janata Party (BJP) leader Anurag Thakur raised questions why Vadra is not participating in the Congress’ mass outreach programme.

Alleging that Congress MP Rahul Gandhi is carrying out his foot march with the “tukde-tukde gang”, he said “Maybe that is why Priyanka ji did not join it or maybe a brother did not remember his sister. Is everything all right between the siblings.”

However, the speculations seems to come to an end with Priyanka Gandhi joining the ‘Bharat Jodo Yatra’ on Thursday.

Several times in the past, top brass of the Bharatiya Janata Party (BJP) have claimed that there is a rift between Rahul Gandhi and Priyanka Gandhi Vadra.

Earlier in February this year, Uttar Pradesh Chief Minister Yogi Adityanath also made the similar accusations. To which Vadra repsonded that she can even sacrifice her life for her brother.

“I can sacrifice my life for my brother (Rahul Gandhi) and even he can do the same for me. There is conflict in BJP, not in Congress. Yogi Ji, Modi Ji and Amit Shah might have a conflict of interest,” said Priyanka Gandhi Vadra.

Former Congress chief Rahul Gandhi will lead the ‘yatra’ through 7 districts within next 10 days.

The Congress’ outreach programme in Madhya Pradesh started on Wednesday after Congress chief of Maharashtra unit Nana Patole handed over the national flag to his MP counter part Kamal Nath.