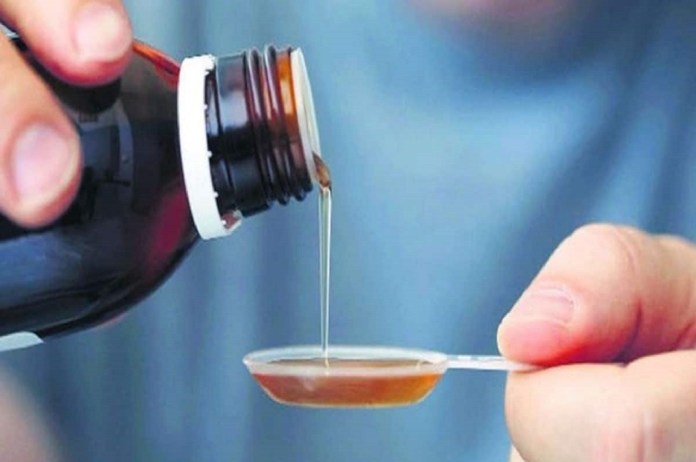 New Delhi: Union Home Minister Mansukh Mandaviya on Friday informed that all manufacturing activities have been stopped at Marion Biotech’s Noida unit after the reports of contamination of its cough syrup Dok-1 Max came forth.

In a tweet, the health minister said that the investigation has been launched in a matter pertains to death of 18 Uzbekistan children which is allegedly linked to the cough syrup in question.

“Following inspection by @CDSCO_INDIA_INF team in view of reports of contamination in cough syrup Dok1 Max, all manufacturing activities of Marion Biotech at NOIDA unit have been stopped yesterday night, while further investigation is ongoing,” said the minister.

Meanwhile, the legal representative of the company has also confirmed that the manufacture of the cough syrup has been stopped “for now”.

As per a report of the news agency PTI, a Uttar Pradesh government official has clarified that the Inidan company does not sell the product in the nation. However, its only export has been to Uzbekistan.

As per the union minister, the smaple of the cough syrup has been sent to the Regional Drugs Testing Laboratory (RDTL) in Chandigarh for testing.

He added that the Central Drugs Standard Control Organisation (CDSCO) was in frequent communication with the national drug regulator of Uzbekistan since December 27.

In the wake of the issue, the Ministry of External Affairs (MEA) has set up direct contacts with the Uzbek authorities. India has asked for the foriegn country for updates on the investigation in the matter.

In a briefing on Thursday, Arindam Bagchi noted that the Uzbek authorities have taken legal action against local representatives of the company in the foreign land. He added that in that matter, India has provided consulate assistance to them.

Marion Biotech is a licensed manufacturer. The pharmacueticals also hold the licence to manufacture the Dok-1 Max syrup and tablet for export purpose which is granted by the Drugs Controller, the health ministry of Uttar Pradesh stated in a press release.

The reports of the death of Uzbekistan children raises concern over the quality of medicines produced in Inda, considering this another major medical fiasco after Gambia.

Earlier in October this year, the Inidan government stopped manufacturing of four cough syrups made by a Haryana-based pharmaceutical firm after reports claimed links with death of nearly 70 children. After that, the World Health Organization (WHO) also issues alert.