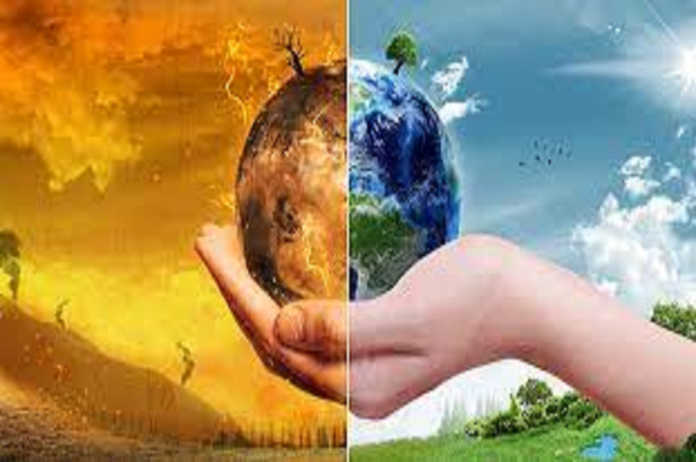 New Delhi: India has been ranked amongst the top 5 countries in the world, and the best among the G20 countries, based on its Climate Change performance.

“India earned a high rating in the GHG Emissions and Energy Use categories, while a medium for Climate Policy and Renewable Energy. The aggressive policies of India towards rapid deployment of renewables and robust framework for energy efficiency programs have shown considerable impact,” India’s Ministry of Power said in a statement.

India on track to meet its 2030 emissions targets

As per the CCPI report, India is on track to meet its 2030 emissions targets (compatible with a well-below-2°C scenario).

The ranking given by CCPI places India as the only G-20 country in the top 10 rank.

As India is assuming G-20 Presidency this year, the ministry said, it will be an opportune time to show the world about India’s climate mitigation policies such as deployment of renewable sources of energy and other energy transition programmes.

Union Minister for Power and New and Renewable Energy, R. K. Singh highlighted that India’s CCPI ranking is testimony to the leadership shown by the Prime Minister Narendra Modi towards addressing the global climate change despite pandemic and tough economic times.

The top 5 rank globally reflects that India is implementing Energy transition programmes such as renewable capacity installation at much faster rate than anywhere in the world, the statement said.

He also highlighted various demand side flagship programs such as UJALA, PAT Scheme and Standards and Labelling Programme that have contributed significantly to this notable achievement.

The latest report of CCPI, released at COP 27 in November 2022, shows Denmark, Sweden, Chile and Morocco as the only four small countries that were ranked above India as 4th, 5th, 6th and 7th respectively, the statement said.

The first, second and third ranks were not awarded to any country. In effect therefore, India’s rank is the best amongst all large economies, it added.

The CCPI aims to enhance transparency in international climate politics and enables comparison of climate protection efforts and progress made by individual countries.

Published annually since 2005, the Climate Change Performance Index (CCPI) is an independent monitoring tool for tracking the climate protection performance of 59 countries and the EU. Every year, the CCPI sets off important public and political debates within the countries assessed.