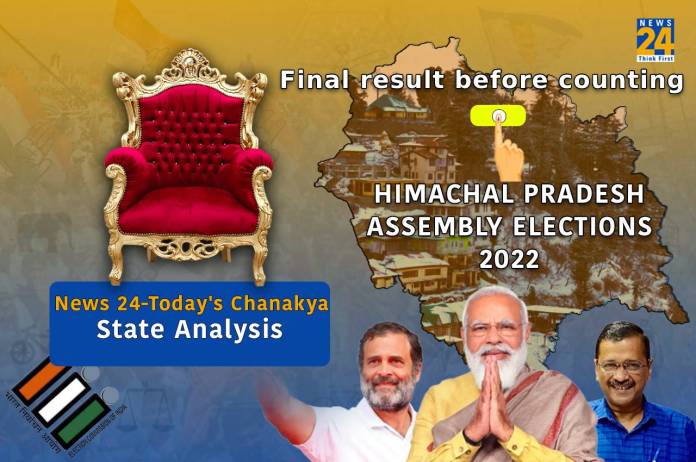 The analysis of News-24 and Today’s Chanakya has proved to be accurate and true in all the previous major elections. In a short while, it will be revealed who will rule Himachal this time.

Watch accurate predictions only on News24

On December 8, 2022, along with Gujarat, the results of Himachal Pradesh will also come, but its most reliable glimpse will start appearing from 4 pm today. News24 will tell you to whom the people of Himachal voted. News 24-Today’s Chanakya will present the vote share and seats of all the political parties of Himachal with accurate estimation from 4 pm onwards. 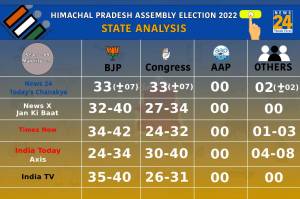 What do the major exit polls say

The exit polls of Jan Ki Baat have predicted 32-40 seats for the BJP. Congress seems to get 27-34 seats.

Most people wait for News24 predictions

Anyone with even an iota of interest in electoral politics always trusts Today’s Chanakya’s exit poll predictions and News 24’s accurate analysis before counting. The exit poll of News 24-Today’s Chanakya is eagerly awaited even in political circles.

In Himachal Pradesh, on November 12, voting was held for a total of 68 assembly seats in a single phase. According to election figures, the voting turnout had reached around 75 per cent. While 100% polling was also recorded at many booths. At present BJP is in government in the state.