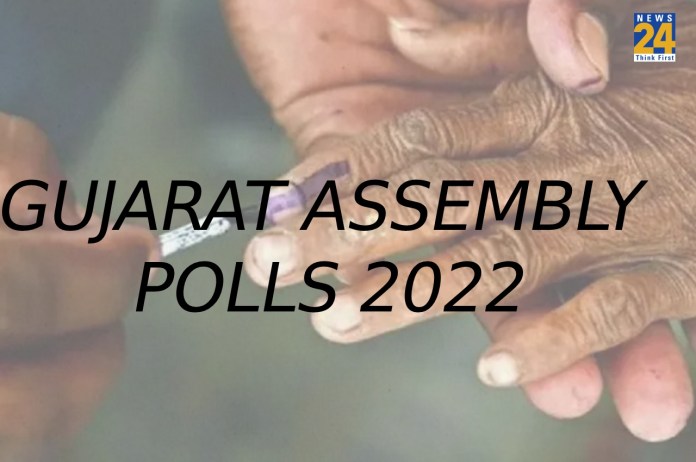 New Delhi: The first phase of the 2022 Gujarat Assembly Polls will take place on Thursday morning in several constituencies including the second largest city of the state, Surat. A total number of 89 constituence are scheduled to undergo voting on December 1.

The state has geared up to witness three-way election this time, with the entry of the Aam Aadmi Party. The AAP appeared to emerge well in Gujarat with several announcements such as providing electricty and education for free.

Earlier, during a campaign, AAP chief Arvind Kejriwal exuded confidence that AAP is going to win the ensuing Gujarat Assembly elections through a written note.

To prove his point, Kejriwal referred to a letter wrote to a journalist in 2014 that Congress will get zero seats. The AAP supremo said whatever he predicted has come true.

Earlier the Gujarat elections used to be a competition between the Bharatiya Janata Party (BJP) and the Congress. In the 2017 Gujarat Assembly Polls, the Congress was in close competition with the BJP.

This year, winning this election is crucial for the Conrgess which is now limited to a few states with majority in Assemblies. The decline of the Congress party prompted the top officials to start its revival programme “Bharat Jodo Yatra.”

Through the foot march, Senior Congress leader Rahul Gandhi intends to revitalise the party’s existence across India. It is worth noting that the saffron party “still” consider the Congress party as its main opposition.”

Earlier in the day, senior party leader Amit Shah made the statement saying the grand-old party is experiencing a crisis across the country, the impact of which is visible to all.

Meanwhile, the entire top brass of the Bharatiya Janata Party has exuded confidence in winning elections for the seventh successive time. This includes party national chief JP Nadda who believes that the saffron party will break all-time recors to make government in the state.

The Election Commission has Convened press conference at 12 pm today.

Voting of the first phase: December 1