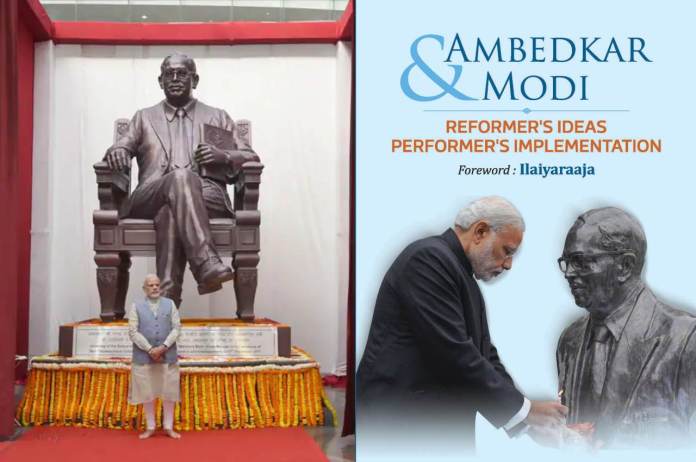 The event was held in Nehru Memorial Auditorium, and it was hosted by the Minister of Sports, Youth Affairs and Minister of Information and Broadcasting, Anurag Thakur. The landmark book was released by Former President Kovind and former CJI KG Balakrishnan.

While speaking about the book, Union Minister Anurag Thakur said, “Baba Saheb’s ideas in the form of the Constitution of India have laid the foundation of our nation. His whole life has been devoted to equality, human rights and social justice.”

He further went on to quote PM Modi and said, “If it wasn’t for Baba Saheb’s struggle, PM Modi, Former President Kovind and President Droupadi Murmu would not hold the posts they are in today.”

The book is an important addition to the ongoing research on Dr. Babasaheb Ambedkar’s ideas and works, and it will make an important contribution to the country’s policy landscape. It is a watershed moment in India’s history, examining how the vision of individuals such as Dr. Ambedkar is finally coming to fruition under the visionary and dynamic leadership of Prime Minister Modi.