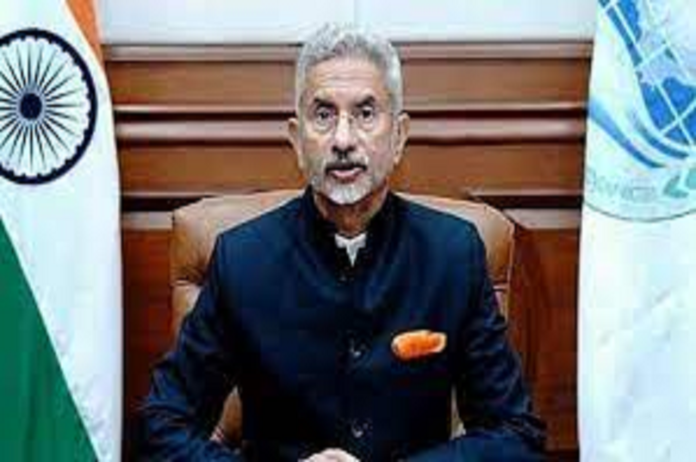 Moscow (Russia): During his visit, Jaishankar will meet with Russian Foreign Minister Sergey Lavrov, as part of the two countries’ regular high-level dialogue. During the EAM’s visit, the two sides are expected to discuss a variety of bilateral issues as well as exchange views on various regional and international developments.

Prior to EAM’s visit, the Russian Foreign Ministry stated that Russia and India support the active formation of a more just and equal polycentric world order.

“Russia and India stand for the active formation of a more just and equal polycentric world order,” the Russian Foreign Ministry said in a statement.

According to the Russian Foreign Ministry, bilateral relations between the two countries have the character of a special and privileged strategic partnership, with effective interaction mechanisms developed over the last decade.

“The key areas of cooperation with India are the further intensification of bilateral and international political dialogue, promotion of economic, financial, energy, military-technical, humanitarian, scientific, and technical cooperation,” according to the Russian statement.

Lavrov and Jaishankar will discuss ways to advance joint work in key areas and compare notes on the schedule of upcoming contacts, according to the Russian foreign ministry.

“The talks will focus on trade and investments, transportation and logistics, the use of national currencies in mutual settlements, and promising energy projects, particularly on the Arctic shelf and in the Russian Far East,” the ministry said.

It stated that there would be an exchange of views on current international issues, with a focus on interaction within the United Nations, Shanghai Cooperation Organization (SCO), Group of Twenty (G20), and RIC (Russia, India, China).

“The Ministers will also discuss India’s presidency in the SCO, efforts to combat terrorism, as well as a number of regional issues, including the formation of an Asia-Pacific security architecture, the situation surrounding the Iranian nuclear problem, and the state of affairs in Afghanistan, Syria, and Ukraine,” according to the Russian foreign ministry.

Since the outbreak of the Ukraine conflict earlier this year, India’s bilateral ties with Russia have been scrutinised by the West due to an increase in oil imports from sanctions-hit Moscow. The conflict in Ukraine, which has lasted more than eight months, has had a significant impact on global food security, resulting in a sharp increase in crude prices.

Notably, India has not condemned Russia since the conflict began and has maintained its neutral position. In a number of UN forums, New Delhi has repeatedly called for an end to violence and advocated for peace and diplomacy.