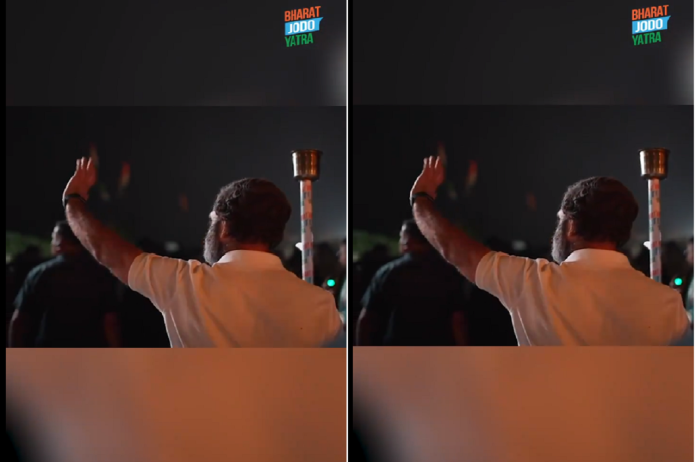 Degloor (Maharashtra): Senior Congress leader Rahul Gandhi received a grand welcome in Maharashtra on Monday evening followed by a ceremony of floral tribute at the statue of Shivaji Maharaj as the “Bharat Jodo Yatra” finished its journey in Telangana and set foot on the Maratha land.

During the welcome, supporters of Gandhi and the ‘Bharat Jodo Yatra’ carried out a procession holding flaming torches (Mashaals), which were over 3,000 in number, in hand to the Shivaji Maharaj’s statue.

While addressing the public in the town, Gandhi said, “come what may, no force on earth could stop the yatra until it reaches the destination at Srinagar as scheduled. The transient impediments caused by inimical forces or natural calamities will not deter me.”

The foot march entered Maharashtra after spending 15 days in Telangana on Monday. The Telanagana Congress chief A. Revanth Reddy handed over the national flag to MPCC chief Nana Patole as a symbol of commencement of “Yatra” in Maharashtra.

The Wayanad MP will walk 106 km in Nanded district within 5 days. The district is a stronghold of Congress leader Ashok Chavan who is a former Chief Minister of the state during the time United Progressive Alliance (UPA).