Aftab threatned to kill me: Shraddha in her complaint to Police in 2020 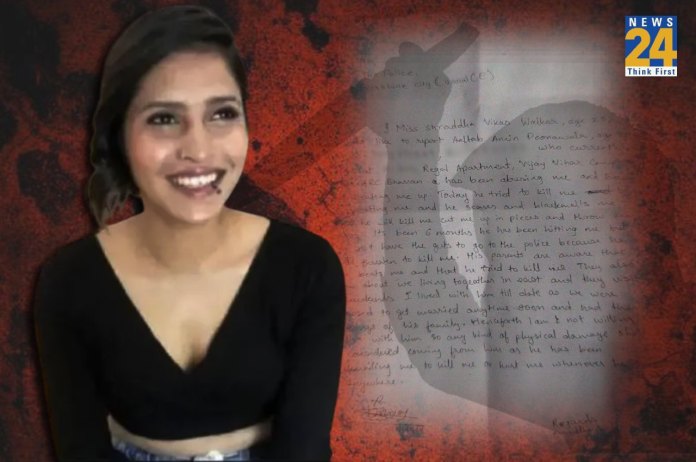 New Delhi: Shraddha Walker who was allegedly killed by her live-in partner Aftab Amin Poonawalla had filed a complaint in 2020 in Mumbai’s Vasai Police Station alleging that he threatened her to kill and cut into pieces, throwing them away.

“Today he tried to kill me by suffocating me and he scares me and blackmails me that he will kill me, cut me up in pieces and throw me away. It’s been six months he has been hitting me but I did not have the guts to go to the police because he would threaten to kill me,” read the letter.

The letter further stated that the family of Aftab knew about their live-in relationship and also the fact that he tried to kill her. The family used to visit the couple on weekends and was agreed with the decision of their marriage.

In her letter, she clearly said, “… so any kind of physical damage should be cpnsidered coming from him as he has been blackmailing to kill me or hurt me whenever he sees me anywhere.”

Shraddha said she was living with Aftab as they were “supposed to ” get married but past six months, at the time of writing the complaint, she wanted to break up as Aftab used to torture her.

The Delhi Police has been verifyinhg the complaint and looking into the action taken by the Vasai cops.

Aftab is accused of strangling his live-in partner Shraddha Walker and chopping her body into 35 pieces. The accused was allegedly high on marijuana when he committed the crime, sources said.

Shraddha’s letter to the Vasai Police 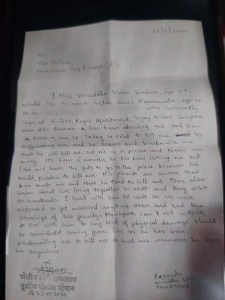