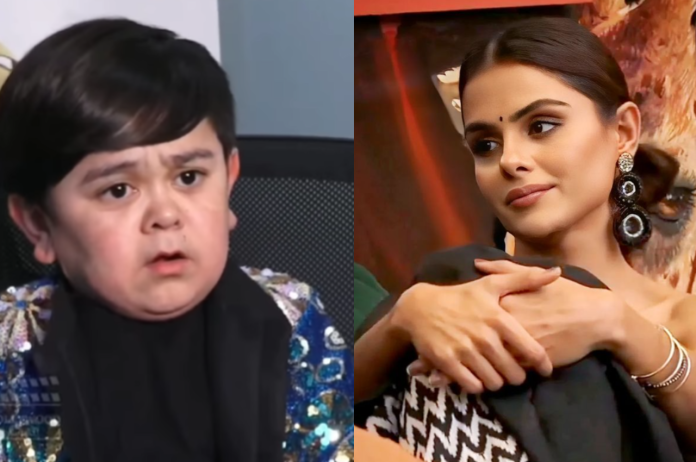 Bigg Boss 16: Abdu Rozik, a competitor on Bigg Boss 16, appears to be in trouble with Priyanka Chahar Choudhary’s supporters. The Tajik singer has conducted pre-elimination interviews as well as interviews to promote his song Pyar. Who in the house has a black heart? was the question posed to Abdu Rozik.

Read More :-BIGG BOSS 16: TOP 9 CONTESTANTS TO FIGHT IT OUT FOR TICKET TO FINALE

This lady #NimritKaurAlhuwalia is so insecure of #PriyankaChaharChoudhary she is saying she is happy for #SajidKhan's elimination????

Madali plans ankit eviction bcss they are not able to digesting her happiness She is never planed Abdu goes abdu already know Sajid ji gone he already knows they both are gone to their own. But ankit eviction is shocking! Karma backs one day.

Look who is telling her black heart.

He says, Priyanka somewhere used me for her game. First, she used Ankit but after his eviction, her game weakened. I think she's very selfish, with her it's always I, me, & myself,"

The filmmaker further thanked Bigg Boss for giving him this opportunity. He was quoted saying ‘I am apologising for all the fights. Thank you so much for supporting me.’ Before leaving the house, he was seen sharing a warm hug with all the housemates.