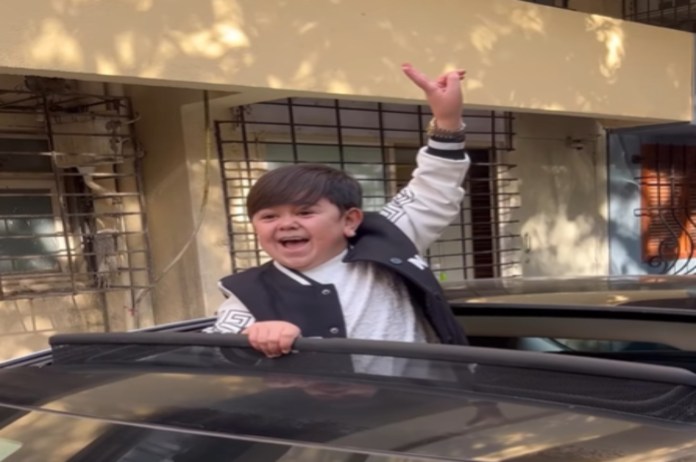 New Delhi: After taking voluntary exit from Bigg Boss 16, Abdu Rozik has announced his new song ‘Pyaar’. He will be launching the song in Mumbai on January 15 (Sunday) at 2 pm. Taking to his Instagram handle, Abdu shared a video about the same and also invited his fans to meet him during the same event.

The event will take place at the famous shopping mall Phoenix Marketcity in Kurla, Mumbai.

Following his eviction from the house, Abdu was photographed by paparazzi, and photos and videos of his first public appearance have appeared online. The star can be seen in the video posing with Maniesh Paul and even singing a song while the crowd cheers for him. Abdu looked dashing in a jacked, which he matched with a white T-shirt, black funky pants, and sneakers.

In yesterday’s Weekend Ka Vaar episode, Bigg Boss had everyone to assemble in the living room before announcing that Abdu had been fired from the competition. After the announcement, Abdu exits the house through the front door despite requests from the other competitors for him to stay a little longer.

Before leaving the house, the Tajik singer says, “Guys, I love you.” After Abdu unexpectedly leaves the house, his close friends Nimrit, Shiv, and MC Stan were spotted crying profusely while hugging one another.

Reacting to this, Sajid Khan says, “I had a bad feeling about this.” Moreover, Shiv also joins the conversation and reveals that Abdu had told him about his impending exit last night.

On the professional front, it is said that Abdu will make his Bollywood debut this year. Along with a large ensemble cast that includes Pooja Hegde, Jassie Gill, Palak Tiwari, Shehnaaz Gill, Venkatesh, Raghav Juyal, and others, he will also be seen in Salman Khan’s highly awaited next movie, Kisi Ka Bhai Kisi Ka Jaan. On April 21, Eid, the Farhad Samji-directed film is slated for release in theatres.