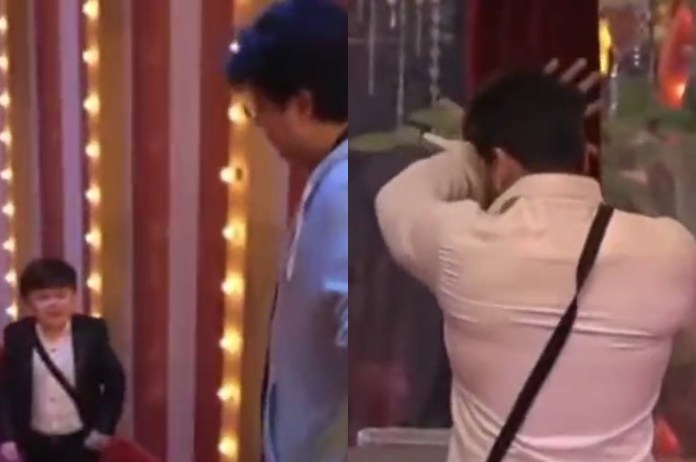 Bigg Boss 16: Every Bigg Boss 16 competitor is now well-known by this point. Everyone is trying their hardest to make it to the finals, which has made the game extremely fascinating. Everyone has their eye on the trophy with just a few weeks till the big show.

Sreejita De was eliminated from the show this week. She left the show for the second time this season. Abdu Rozik is seen signalling his exit in a new Bigg Boss 16 promo that has just been released.

Abdu exits the show while shouting “Guys, I love you” as he moves toward the door.

The moment Abdu Rozik announced his departure from the programme was very emotional. When they think of all their wonderful memories with Abdu, Shiv Thakare, MC Stan, Nimrit Kaur Ahluwalia, and Sumbul Touqeer Khan sob bittersweet memories. Sajid Khan, who is also in tears, claims that he had a premonition that something significant will occur today.

In the end, Sajid Khan says “I had someone ajeeb feeling about this”. After Sajid says this Shiv Thakare comments “Yes sir he had spoken about this with me yesterday”. Shiv is questioned by Sajid as to why he kept it a secret and withheld it from everyone.

Later, Tina Datta is seen sobbing a lot. Abdu Rozik, according to her, was always there for her when she needed him. Abdu exits the performance while grinning broadly and wishing everyone luck.

Why Abdu Rozik left the show?

According to Khabri, Sajid has a minimum guaranteed stay through January 15 after which he will go. As of yet, there is no confirmation of it. As the finals approach, the game has only grown more intense. Now that one of the Mandali’s powerful members is absent, the group will face difficulties.