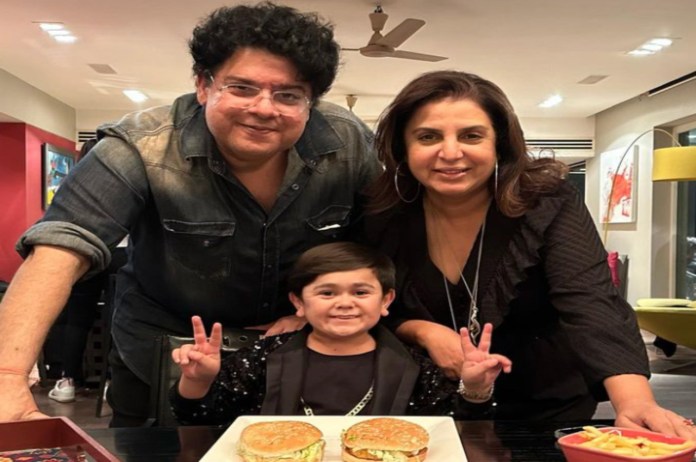 New Delhi: Farah Khan, a former reality show judge, is overjoyed. Following their elimination from Bigg Boss 16, the well-known Bollywood choreographer was given the opportunity to host her “two favourites,” brother Sajid Khan and Abdu Rozik.

Abdu can be seen eating burgers, which is his favourite food, in pictures that Farah provided. When he was imprisoned inside the house, he yearned for them. At Farah’s house, Sajid is wearing sophisticated casual clothing, while Abdu is wearing a shiny black jacket.

The two BB contestants, who shocked everyone by leaving the competition, posed with Farah Khan and one another. At the small gathering that Farah organised, several other people were also invited.

Taking to her Instagram handle, Farah shared the photos and captioned, “My 2 favourites this season of #biggboss16 .. sometimes its even better to just win hearts ♥️♥️♥️ @abdu_rozik @aslisajidkhan @colorstv #mandli #family #burgir #longsonshortsonshow.”

Many online users expressed their loss over Bigg Boss 16’s two hearts in their posts. One user wrote, ‘Missing both in Bigboss 😍.’ Another user wrote, “Show is boring without these two guys.” Yet another commented, “Dono Dil ko chura liya ,they are the real winner.”

Abdu had a prior professional engagement when he abruptly left the programme. His departure from the house devastated his close companions, notably Shiv Thakare, who couldn’t stop crying.

Also Read: Bigg Boss 16: Top 9 contestants to fight it out for Ticket To Finale