Students swear in to vote BJP for next 25 yrs, Gehlot govt sacks headmaster 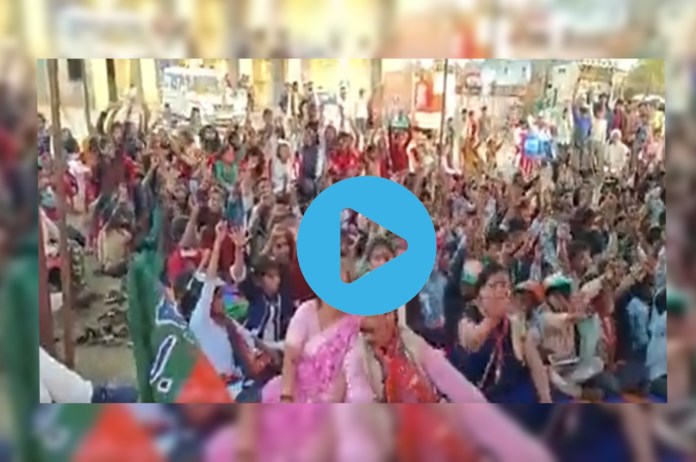 New Delhi: In an event held at a government school in Rajasthan’s Jhalwada on Saturday, students were made to take oath that they will vote for the Bharatiya Janata Party (BJP) for upcoming 25 years in the state.

A rally was organised by the local BJP leaders including Manoharthana MLA Govind Ranipuriya in which the students were asked to attend. During the speech, the leaders of the saffron party made statements against the Ashok Gehlot-led state government, promoting the BJP before children.

Taking immediate action, headmaster Sitaram Meena was suspended. Meanwhile, a team of the education department has been sent to the school as well. The team will talk to the students and teachers to make detailed report.

The headmaster said he was absent while the event took place. However, the police has informed if the hadmaster was found guilty in the report then, a legal action will be taken.

Meanwhile, the BJP leaders said they were preparing for a rally in the schools since morning where the students came only after their exams were finished.