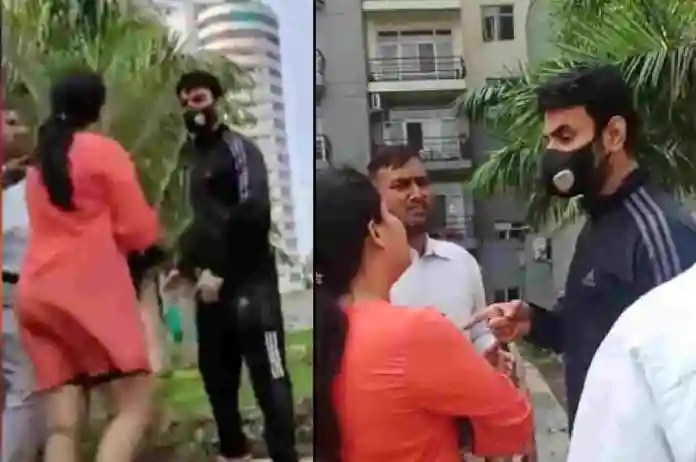 New Delhi: Uttar Pradesh’s Gautam Buddh Nagar court on Friday rejected the bail application of politician Shrikant Tyagi, who was arrested after a video of his went viral last month for assaulting and abusing a woman.

According to reports, the bail plea was rejected under Gangster Act by Special Judge Ranvijay Pratap Singh in the District and Sessions Court, Gautam Buddh Nagar.

Police registered a case against Shrikant after a video went viral on social media for assaulting and abusing a woman at the Grand Omaxe Society in Noida on August 5.

The 34-year-old was booked under IPC sections 354 (outraging modesty of woman and assault), 447 (criminal trespass), 323 (voluntarily causing hurt), 504 (intentional insult) and 506 (criminal intimidation) and was arrested on August 9 from Meerut by the Noida police.