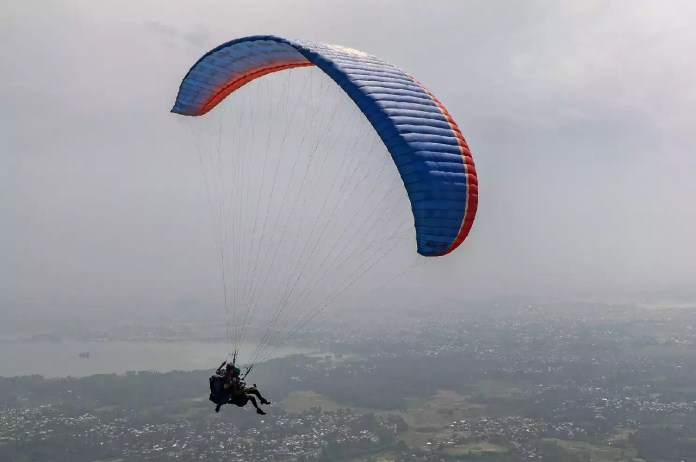 Kullu (Himachal Pradesh): On Sunday, a tourist from Maharashtra allegedly died due to a fall during a paragliding expedition in the Dobhi region of Himachal Pradesh’s Kullu district.

Suraj Shah (30), the deceased, was in the air when his safety belt reportedly gave way, plunging him to the ground.

Suraj Shah and the pilot were rushed to Kullu hospital by the locals, where Suraj was declared brought dead and the pilot’s treatment was underway.

“A tourist died in the accident. Now the post-mortem of the mortal remain of the tourist will be conducted on Sunday. The relatives of the deceased have also been informed. Police is probing the cause of the accident and the culprit will be found in the matter,” Police Officer, Gurudev said.