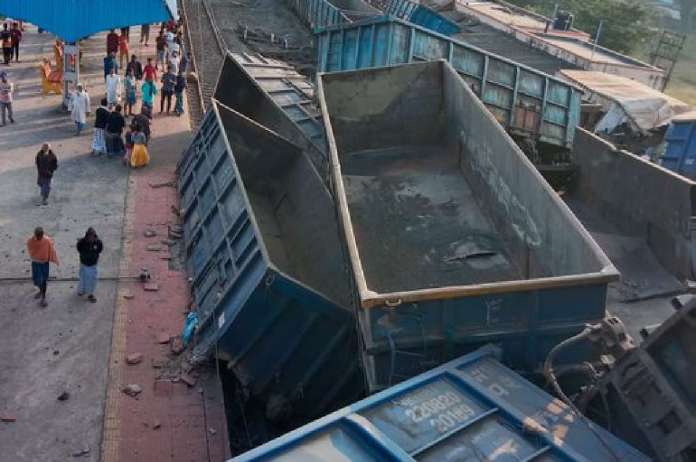 Korai (Odisha): Odisha Chief Minister Naveen Patnaik on Monday announced an ex-gratia to the bereaved family of the victims in a train derialment accident took place in early morning on November 21.

” Odisha CM conveys his deep sympathy to the bereaved families and announces ex-gratia of Rs 2 lakhs each to next of kin of the victims of Korai goods train derailment. He has directed the admin to expedite rescue operation and provide adequate treatment for the injured,” said the Chief Minister’s Office.

“The CM has asked minister Pramila Malik to visit the spot and take stock of the situation,” CMO added.

As many as two people died on Monday when a goods train derailed at Korai station under East Coast Railway in Jajpur district around 6:45 A.M.

As per media reports, many others have been injured in the accident while, the station building was damaged.

Following the incident, both rail lines were blocked. Railway officials rushed to the site along with the rescue teams.