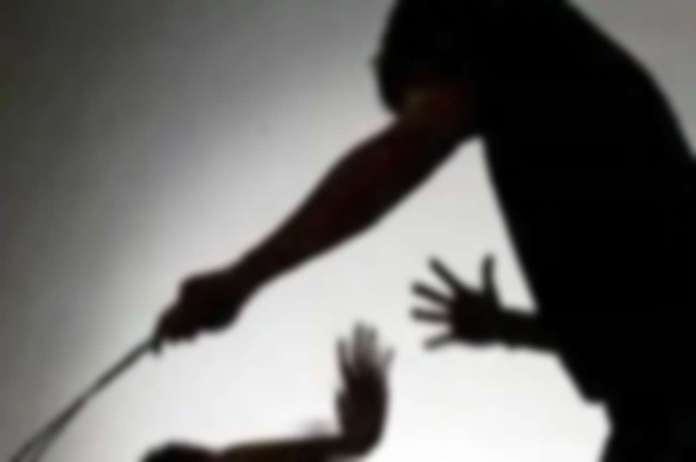 Lucknow: A seven-year-old Dalit student was brutally thrashed by a teacher in Bhadohi, Uttar Pradesh. The accused teacher has been charged with the crime. The incident involves a government primary school in the city’s Koirauna police station area.

On Tuesday afternoon, a class two student was playing on the school grounds. The teacher then began scolding him about something, according to a news agency. The teacher began beating the student while scolding him. The teacher slammed his head on the ground and punched him in the face, injuring his right eye.

Inspector Jai Prakash Yadav stated that the incident occurred at a primary school in Gangapur Talia. He went on to say that the student’s uncle, Chhote Lal, had filed a police report about it.

Farha Rais, Assistant Basic Education Officer (Digh Block), on the other hand, stated that the incident of thrashing of a Dalit student has been taken into consideration and an explanation has been sought by notifying the concerned teacher. Farah Rais stated that she is investigating the matter and that appropriate action will be taken.

Previously, a class five student’s hand was broken as a result of a primary school teacher’s beating in the Fatehpur district of Uttar Pradesh. In addition, when the family arrived at school after the child’s hand was broken, the teacher misbehaved with them as well.