The India Meteorological Department (IMD) issued a "yellow alert" on Friday, warning of moderate rain in most parts of the city. 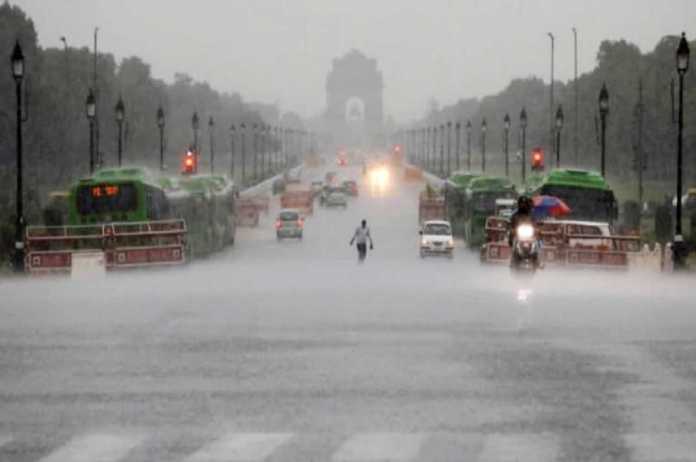 Delhi NCR Weather Update: Heavy rain has continued for the third day in the entire NCR, including the national capital Delhi. As a result, many areas in Delhi became flooded, and traffic on major roads throughout the city was disrupted.

The India Meteorological Department (IMD) issued a “yellow alert” on Friday, warning of moderate rain in most parts of the city. More rain is expected in the capital over the weekend, according to the alert, though the amount may be slightly less. The Delhi Traffic Police also took to Twitter to inform commuters about the traffic situation.

In the midst of heavy rains, the Gautam Buddh Nagar district administration announced the closure of schools for grades I through VIII. Gurgaon’s private educational institutions have been advised to remain closed. It also issued an advisory requesting that district corporate offices and private institutions encourage their employees to work from home in order to avoid traffic congestion.