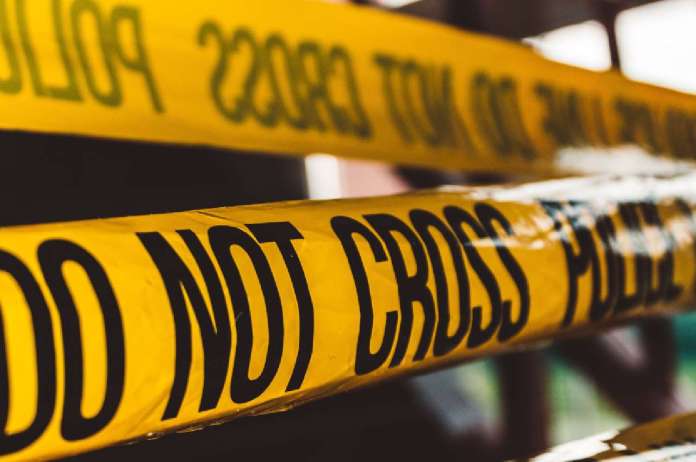 Jitendra Kumar, Gauri Mandal’s 16-year-old son, went missing on April 16 from the Laluchak Budhuchak area of Champanagar in the Nathnagar police station area of Bhagalpur. The father had also filed a missing persons report with the police station, requesting the safe return of his son.

Jitendra’s hands were brutally severed, and he was killed by slitting his throat. The deceased’s face was burned with a chemical and buried on the banks of the Jamuniya river ghat by the criminals.

After learning about the incident, the family went to the banks of Laluchak Ghat and reported it to the police. A large crowd had gathered to see the dead body.

The Nathnagar police arrived at the scene and, with the assistance of a rural watchman, pulled the dead body from the ground. The corpse stank.

The family is assuming that after killing Jitendra on April 16, the assailants brought him here late at night and buried him on the ghat’s side.

According to SHO Sikander Kumar, in-charge of the police station, the dead body appeared to have been murdered with a sharp weapon.

The issue of taking money with the boy who had called him by paying a visit to Jitendra Kumar’s house has come to light. Sunil Kumar, a young man, has been detained and interrogated.

On the basis of the relatives’ written complaint, the necessary legal action will be taken by converting the already registered case to murder. Following the post-mortem, the body was returned to the relatives. Primarily, the issue of murder in the context of a financial transaction has emerged.

Jitendra and Sunil had a financial disagreement

On April 16, the neighbour boy Sunil Kumar came to call his son Jitendra from home, according to Father Gauri Mandal. He left with her and did not return until late at night. Sunil did not provide a satisfactory response when asked.

He then went to the Nathnagar police station and filed a missing person report for his son. What do we know that these people will murder my son so ruthlessly?

The deceased’s siblings included two brothers and a sister. The family is in a bad way as a result of the incident.