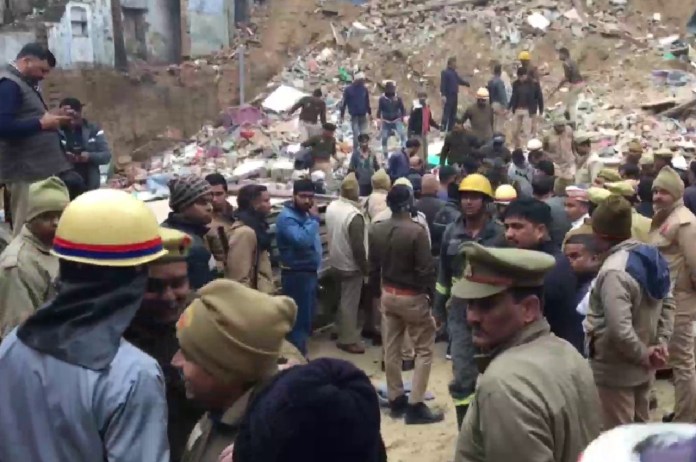 Agra: As many as six houses were collpased in Dhuliya Ganj area of Agra district in Uttra Pradesh, leaving a 4-year-old girl dead while a few others were injured, informed the police.

The incident took place in 7 AM on Thursday due to the excavation work in a nearby rest house.

UP | Three people of a family injured after six residential buildings collapsed during basement excavation work in Agra's Dhuliya Ganj today. The injured have been shifted to a local hospital. pic.twitter.com/lsx0nTChdP

The police informed that a total number of three people were trapped under the debris who were identified as Vivek Kumar and his two daughters – Videhi, 5, and Rusali, 4. They were immediately taken to hospital where Rusali died.