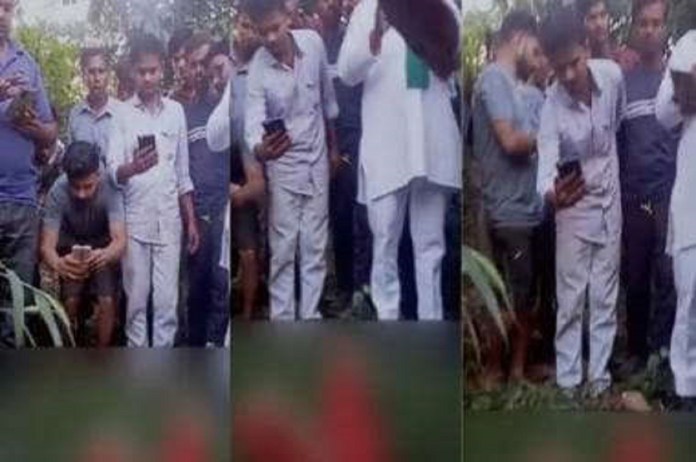 Lucknow: Police in Uttar Pradesh’s Kannauj district has booked 15-20 unidentified people for photographing & disclosing the identity of a 13-year-old victim of an alleged rape attempt, who was lying seriously injured.

This action by police comes a week after a video went viral in which people were seen photographing the minor victim of alleged rape attempt.

A police inspector said that on October 23 he got information that a minor girl was lying in bushes near the government guesthouse in Kannauj and that several people were recording videos of the girl even as she screamed in pain seeking help, reports Indian Express.

According to the FIR, nobody helped her till the police officer took her to hospital. The people also uploaded the videos on the internet, exposing the girl’s identity, it added.

The FIR has been lodged under Indian Penal Code sections 228 A (disclosure of the identity of the victim of certain offences), 354C (voyeurism) and 505(2) (statements creating or promoting enmity, hatred or ill-will between classes) and the Information and Technology Act.

“The investigation has begun and we are identifying people involved in preparing the videos and clicking the photographs,” The Indian Express report quoted the police officer as saying.

The girl had head injuries caused due to a blunt object and is receiving medical treatment. The minor’s family has alleged that she was raped.

The girl is undergoing treatment at a Kanpur hospital and her condition is said to be stable.