‘There will be no flight cancellation’, says SpiceJet after DGCA cuts 50% flights 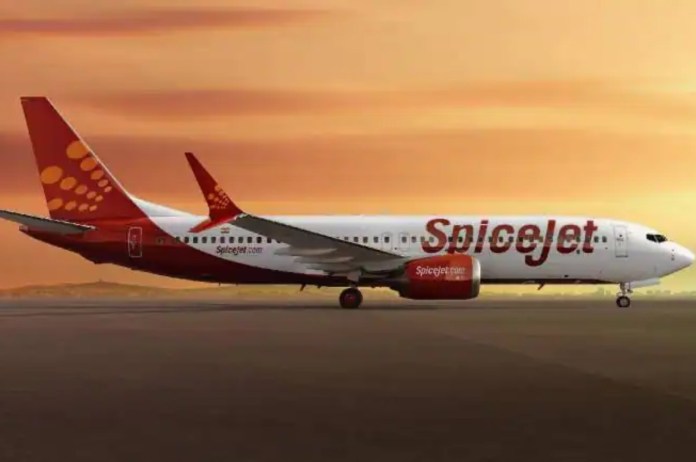 New Delhi: Following recent reports of technical issues with several of SpiceJet’s aircraft, the aviation regulator DGCA on Wednesday ordered the airline to perform no more than 50% of its scheduled flights for eight weeks.

The Directorate General of Civil Aviation will conduct “increased surveillance” of the budget airline throughout these eight weeks (DGCA).

However, the airline claimed that because it is already providing limited services “because to the present low travel season,” there won’t be any flight cancellations as a result of the regulator’s directive.

SpiceJet’s 4,192 domestic flights per week for this year’s summer schedule, which finishes on October 29, were authorised by the DGCA on March 11.

Following Wednesday’s ruling, the low-cost airline will be limited to 2,096 weekly flights for the following eight weeks.

Between June 19 and July 5, SpiceJet’s aircraft were involved in at least eight mechanical malfunction occurrences; as a result, the DGCA issued a show cause notice to the airline on July 6.

“In view of the findings of various spot checks, inspections and the reply to the show cause notice submitted by SpiceJet, for the continued sustenance of safe and reliable transport service, the number of departures of SpiceJet is hereby restricted to 50 per cent of the number of departures approved under summer schedule 2022 for a period of eight weeks,” the aviation regulator’s order on Wednesday said.

The DGCA stated that the airline must show it has “adequate technical assistance and financial resources to safely and efficiently perform such additional capacity” if it wishes to raise the number of flights during the eight weeks by more than 50%.

The regulator claimed that after conducting a financial audit of the airline in September of last year, it discovered that it used a “cash and carry model” and that its vendors and suppliers were not regularly paid, which resulted in a scarcity of replacement parts.

There is “poor internal safety oversight” and “inadequate maintenance actions” in the airline which has resulted in degradation of “safety margins”, it said.

The airline will be under “enhanced surveillance” by the regulator for the eight-week period, the DGCA said.
The aviation watchdog claims that SpiceJet responded to the show-cause letter on Monday. It was stated that the airline’s response had been examined at a “appropriate level” and that it had been seen that the carrier was acting to stop the trend of mishaps.

The DGCA added that the airline must continue these efforts to provide a safe and dependable air transportation service.

In a statement on Wednesday, SpiceJet said, “We are in receipt of the DGCA order and will act as per directions of the regulator. Due to the current lean travel season, SpiceJet, like other airlines, had already rescheduled its flight operations. Hence, there will be absolutely no impact on our flight operations.” The airline said it wants to reassure its passengers and travel partners that its flights will operate according to schedule in the coming days and weeks. “There will be no flight cancellation as a consequence of this order.”

The DGCA’s remark that SpiceJet is taking steps to stop the pattern of accidents is extremely positive, and the airline declared that it will continue to operate under the regulator’s tight supervision.

On July 5, a SpiceJet freighter aircraft that was en route to Chongqing, China, turned around and flew back to Kolkata when the pilots discovered that the weather radar was malfunctioning after takeoff.

The airline’s Kandla-Mumbai flight made a priority landing in the capital of Maharashtra on the same day that its Delhi-Dubai flight was diverted to Karachi owing to a failing fuel indication.

On July 2, a SpiceJet flight bound for Jabalpur was forced to turn around and head back to Delhi after the crew noticed smoke in the cabin at a height of about 5,000 feet.

On June 24 and June 25, two different SpiceJet aircraft had their fuselage door warning lights come on during takeoff, requiring the aircraft to turn around and return.

On June 19, shortly after takeoff from the Patna airport, an engine on the carrier’s flight with 185 passengers destined for Delhi caught fire. The plane then made an emergency landing. A bird hit and caused the engine to malfunction.

On June 19, another incident occurred that required a SpiceJet flight bound for Jabalpur to return to Delhi because to problems with cabin pressurisation.