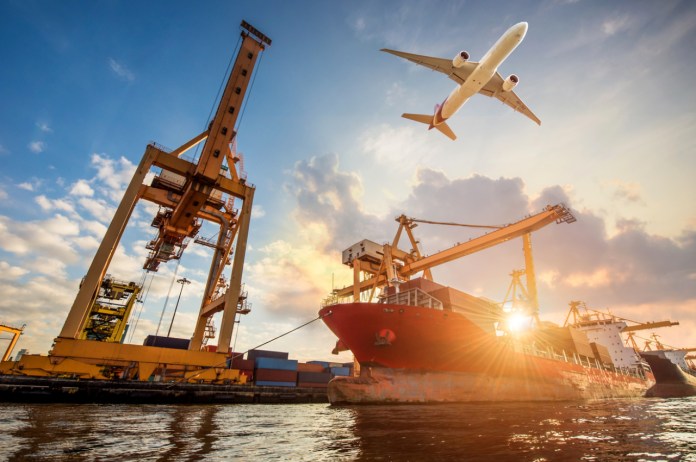 New Delhi: India’s export in August grew at the slowest pace at $33 billion which is 1 per cent in comparison to the same period of the last year, according to preliminary data released by the government on Saturday.

Exports have flattened as a result of export limitations on goods including wheat, steel, and iron pellets as well as a delay in order execution because of concerns about a recession in developed nations. Exports decreased 9% sequentially from $36.27 billion in July.

The trade deficit decreased to $28.68 billion in August but remained high. The deficit reached a record high of $30 billion in July. Similarly, imports increased by 45.09% year over year to $61.68 billion in August as India “stocked up” on coal and petroleum goods for energy security, according to BVR Subrahmanyam, the commerce secretary.

The value of shipments coming in decreased by 7% sequentially.

According to cautious estimates and existing trends, Indian exports will surpass $750 billion in FY23 as opposed to $676 billion in FY22. The commerce secretary noted that the department’s internal aim remains at $470 billion while setting a “conservative” target for merchandise exports of $450 billion.

“Crude and coal dominated the increase in imports, in line with the trend in recent months. The y-o-y dip in exports, led by sectors such as engineering goods, gems and jewellery, and yarns and textiles, suggests a cautious outlook for external demand going ahead,” said Aditi Nayar, chief economist, ICRA.

In light of the current global situation, Subrahmanyam emphasised that India is not in a precarious position. He stated that there are challenges brought on by the circumstances in industrialised countries and Christmas orders.

“Exporters’ order books are full, but the orders are getting delayed in terms of execution. They have not been asked to ship. That is the uncertainty that is there,” he said.

Some of the major factors that contributed to India’s export growth shrank. Due to the weak demand from Western countries, engineering items saw a 14.59% decline, diamonds and jewellery a 4.08% decline, and cotton yarn a 32.32% decline. Some things, though, saw expansion. Chemicals expanded by 8.03 percent, electronics by 46.09 percent, rice by 30.88 percent, and petroleum products by 9.18%.

According to Mahesh Desai, chairman of the Engineering Export Promotion Council of India, the growth in exports of engineering goods has decreased over the past few months due to a number of global issues.

“Decline in demand from China and recessionary trends in major economies in the West have contributed to the slowdown in exports. The pace of growth also slackened due to export duty on certain steel products including stainless steel products,” Desai added.

He further said, “At this point, a fair amount of uncertainty remains due to the looming recession in major economies in the wake of ongoing Russia-Ukraine conflict. Depending on the extent of recession, Indian engineering exporters would be impacted but it is likely to more hit the MSMEs which have grappled with back-to-back challenges such as Covid crisis and the subsequent spike in raw material prices.“