The Centre has spent Rs 5 trillion on MGNREGA scheme during the past eight years, out of which 20 per cent was spent during the COVID-19 pandemic, Union Finance Minister Nirmala Sitharaman has said. 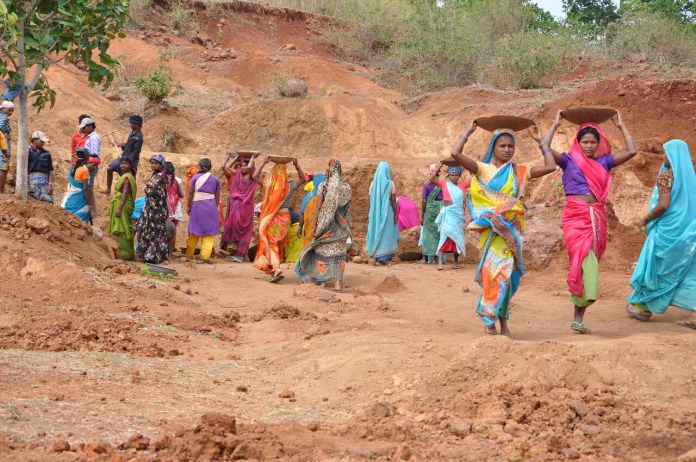 New Delhi: The Centre has spent Rs 5 trillion on MGNREGA scheme during the past eight years, out of which 20 per cent was spent during the COVID-19 pandemic, Union Finance Minister Nirmala Sitharaman has said.

On Thursday, she told reporters in Telangana’s Kamareddy district that the Mahatma Gandhi National Rural Employment Guarantee scheme has awarded the state Rs 20,000 crore during the previous eight years.

“During the past eight years, Telangana received Rs 20,000 crore under MGNREGA. During the same period all over the country Rs 5 trillion has been spent, out of which more than 20 per cent was spent in 2020-21 during COVID-19 pandemic,” she said replying to a query.

In response to claims that survey teams are being dispatched to stop the scam, she stated that the survey teams will arrive to fix any problems.

She added that the scheme had a number of flaws that were discovered during the UPA administration, which Prime Minister Narendra Modi’s administration has since fixed and is now putting into practise through direct benefit transfer (DBT).

The Telangana TRS government has come under fire for its mounting debt, farmers’ hardship, and other difficulties, according to a Union minister, who said that the state, which once had a revenue surplus, now has a revenue deficit.

She asserted that K Chandrashekar Rao’s administration had been taking loans without disclosing them to the state parliament or including them in the budget.

According to Sitharaman, farmer suicides in the state are at a fourth-level high due to the prevalence of farmer debt. The minister also charged that the TRS administration had renamed federal programmes and projected them as state programmes.

She was present at the ‘Lok Sabha Pravas Yojana’ meeting of the district office-bearers, mandal presidents, and karyakartas of the Zaheerabad Parliamentary Constituency on Thursday in Kamareddy town.