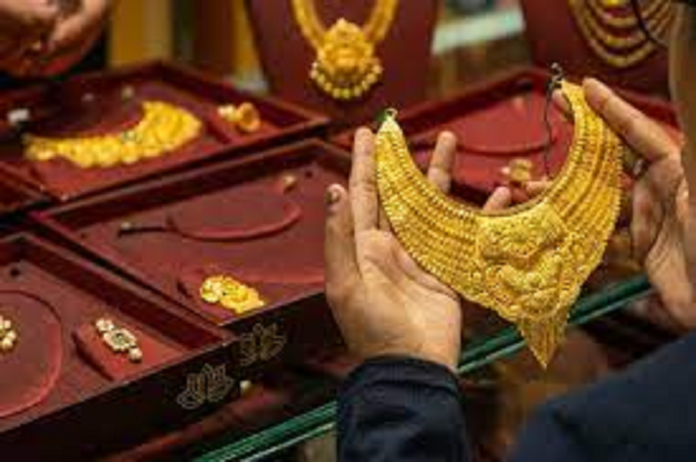 Gold Price Updates: Gold became cheaper on Tuesday after reaching its all-time high. Earlier on Monday, January 9, 2023, gold crossed its old rate of 56200 per 10 grams and closed at a cheaper rate of Rs 56259 per 10 grams.

On Tuesday, along with gold, a big fall in the price of silver (Gold Price Update) was also recorded. On Tuesday, silver became cheaper by Rs 1162 and closed at Rs 67629 per kg. Whereas on the last trading day on Monday, silver rate closed at a level of Rs 68791 per kg with a big gain of Rs 903.

After this boom, gold has started selling costlier by Rs 285 per 10 grams from its all-time high. Let us tell you that earlier on January 9, 2022, gold had made its all-time high. On that day gold had gone up to the level of Rs 56259 per ten grams. At the same time, silver was still getting cheaper than its highest level at the rate of Rs 12351 per kg. The all-time high level of silver is Rs 79980 per kg.

According to the experts of bullion market, after Kharmas, there is still a lot of time left in the wedding season along with Makar Sankranti on January 14. In such a situation, the phase of rise in the price of gold and silver will continue in the coming days. Also, these people say that soon in the new year 2023, the price of gold will reach near or beyond its highest level. In such a situation, if you have a wedding here too and you want to buy gold, then buy it as soon as possible. So that you can get some benefit.