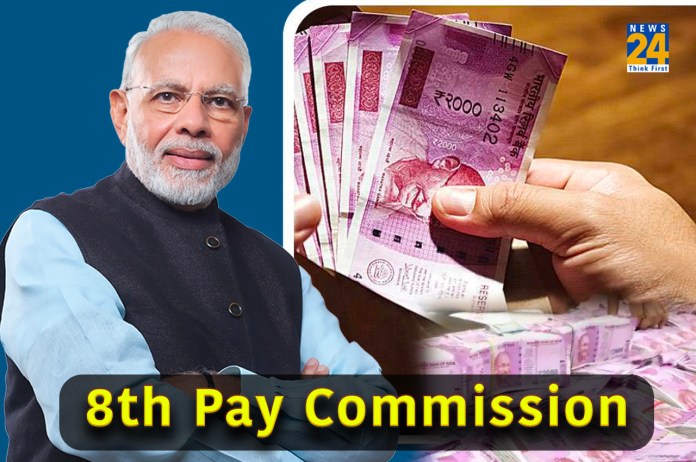 The 8th Pay Commission will hold another lottery for central government employees. The Center may soon make a large pension gift to central employees. According to reports, the Central Government may make a significant decision regarding the 8th Pay Commission soon. If the government accepts the 8th pay commission’s demand for central employees, their minimum basic salary will directly increase from 18000 to 26000.

According to reports, the 8th Pay Commission can be scheduled for 2024 if all goes well. If this occurs, his salary could be significantly increased. However, the government has yet to make an official statement.

According to reports, if the employees union’s proposal is approved by the 8th Pay Commission, the minimum pay for government employees will rise from Rs 18,000 to Rs 26,000 per month. Furthermore, the fitment factor will increase by up to 3.68 times.

The recommendations of the eighth pay commission could be implemented in 2026.

Let us remind you that the Employee Pay Commission is only implemented once every ten years. The implementation of the fifth, sixth, and seventh pay commissions followed the same pattern. According to estimates, the 8th Pay Commission will be formed in 2024 and its recommendations will be implemented in 2026.

Will the Pay Commission be abolished by the government?

Along with this, it has been reported that the tradition will be discontinued following the 7th Pay Commission. That is, no new Pay Commission will be appointed after the 7th. Instead, the government could implement a system of automatic increments. Government employees’ salaries will be automatically increased as a result of this. It could be like a pay raise in a private job. If there is more than 50% DA in this, the salary will be automatically revised.