Toyota Innova Hycross vs Mahindra XUV 700: Which one you should buy? 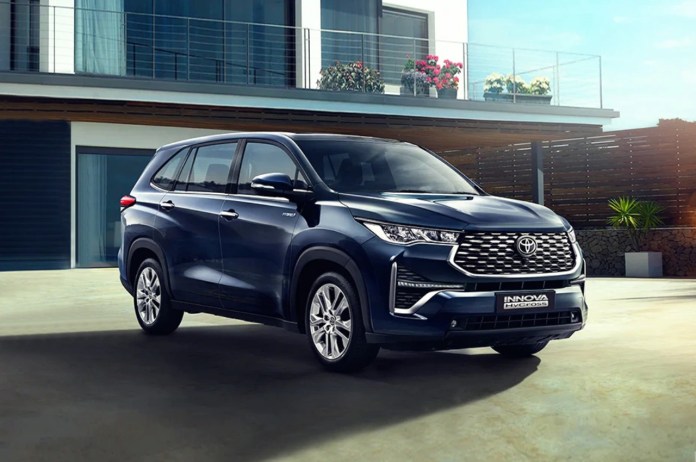 New Delhi: The country’s automobile market is now going to see tough competition among premium three row SUV / MPV cars, in which Toyota’s new Innova Highcross has now entered the market to compete with other 7-seater SUV cars. Unlike the Innova Crysta, the new Highcross is now equipped with many new technologies along with more comfort. This car will directly compete with Mahindra’s XUV700 in the market, which has already strengthened its hold in the market on the basis of comfort and a lot of features with its aggressive price point. So let’s see the comparison of these two cars.

Whose size is more?

The new Innova Highcross is much longer than the current Innova Crysta, which means it is longer than the XUV700. Although the XUV 700 has more width and ground clearance. But the difference in ground clearance between the two is not much. The XUV700 is a pure SUV which looks quite attractive and sporty, but the Hycross looks bigger and longer.

Both the cars get a premium cabin with soft touch materials, but the XUV 700 gets a host of new technologies with a digital display and a bigger touchscreen. A large floating touchscreen has been given in the Innova Highcross. In terms of space, both the cars are quite spacious, with ample space in the second and third row and the Highcross also gets captain seats with ottoman style leg rests. On the other hand, the XUV 700 also offers a lot of space in the second row.

The XUV700 gets a host of features including wireless smartphone connectivity, panoramic sunroof, electric parking brake, 12-speaker audio system, Alexa assistant, auto booster headlamps and dual zone climate control, while the Innova Highcross also gets a host of features similar to the XUV700. Get, which includes features like panoramic sunroof, an electric parking brake, connected car tech, ottoman function for the second row seats, ambient lighting. Both these cars are equipped with ADAS safety system.

The XUV700 gets a 2.2L diesel engine that is capable of producing 185bhp and 450Nm. The car comes with 6 speed automatic and 6 speed manual gearbox with the option of AWD. There is also a choice of a petrol engine producing 200bhp/380 Nm, mated to a 6-speed manual or automatic transmission.

AWD system is not available in the Innova Highcross. It gets only a 2.0L petrol engine that produces 172 hp power and 205 Nm torque mated to a CVT gearbox. However, its biggest highlight is the hybrid powertrain that generates 184 bhp power. This powertrain returns a mileage of 23.24 kmpl. However, the XUV 700 gets a more powerful powertrain than the Highcross.

The price of the XUV700 starts at Rs. 13.4 lakhs while the top-end variant costs Rs. 24.9 lakhs. Whereas, the price of Innova Hycross starts from Rs. 18.30 lakhs and goes up to Rs. 28.9 lakhs. The Innova Highcross has more space and is more fuel efficient, but is more expensive even when it comes only in petrol. The XUV 700, on the other hand, is cheaper and also gets a diesel engine option.